Minutes of the Spanish-Mexican Dinner

A Spanish-Mexican Dinner was held at the Midland Hotel, Birmingham, on 13th October 1954. The Chairman, Professor A.P. Thomson, presided. By the Club’s invitation the dinner was sponsored by Colonel Walter H. Moursund Jr., Assistant Army Attaché (Medical) of the American Embassy in London. Other guests of the Club were Dr. Robert Aitken, Vice Chancellor of the University of Birmingham, and Professor J. Manson, Associate Professor of Spanish. 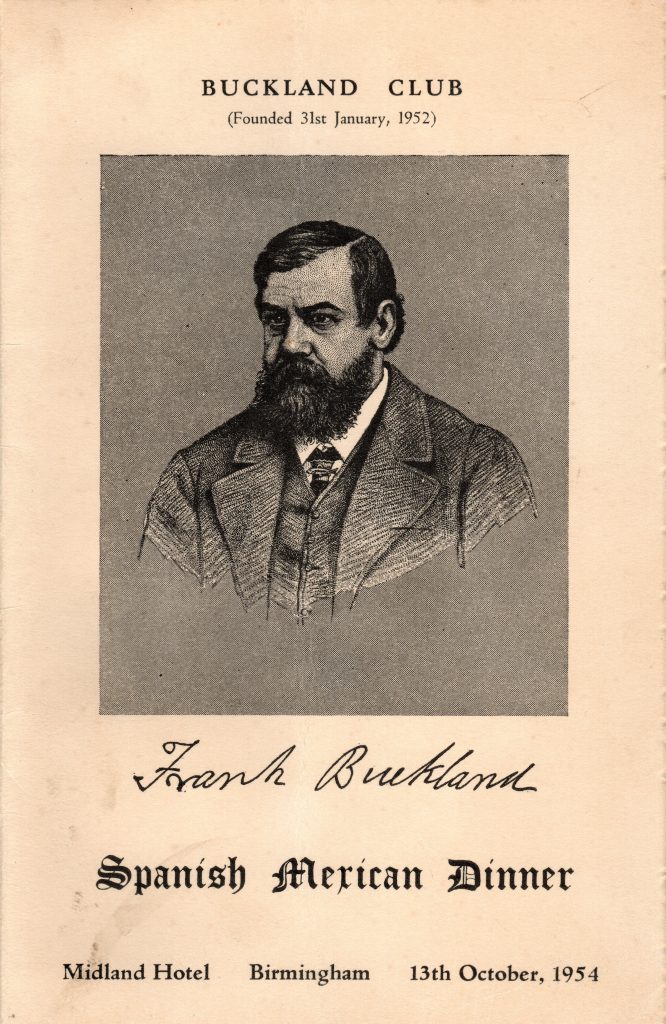 At the reception Col. Moursund personally demonstrated, to as many members as could be expected, the correct manner of drinking tequila, the national aperitif. He described it as “a classical hard liquor of Mexico”. It was originally distilled from the Century Plant. The method of drinking is to take a slice of lemon in the left hand, and on the side of the hand, between thumb and first finger, to place some salt; in the right hand take a glass of tequila. Then, in quick time, lick the salt, toss off the tequila, and bite-the lemon.

At the dinner table the Chairman said Grace and thanked Col. Moursund for what we were about to receive. Col. Moursund explained his own qualifications for sponsoring the dinner by pointing out that, since he was born and bred in Texas, he was as near to knowing about Mexican dishes as a Northumbrian is to haggis. 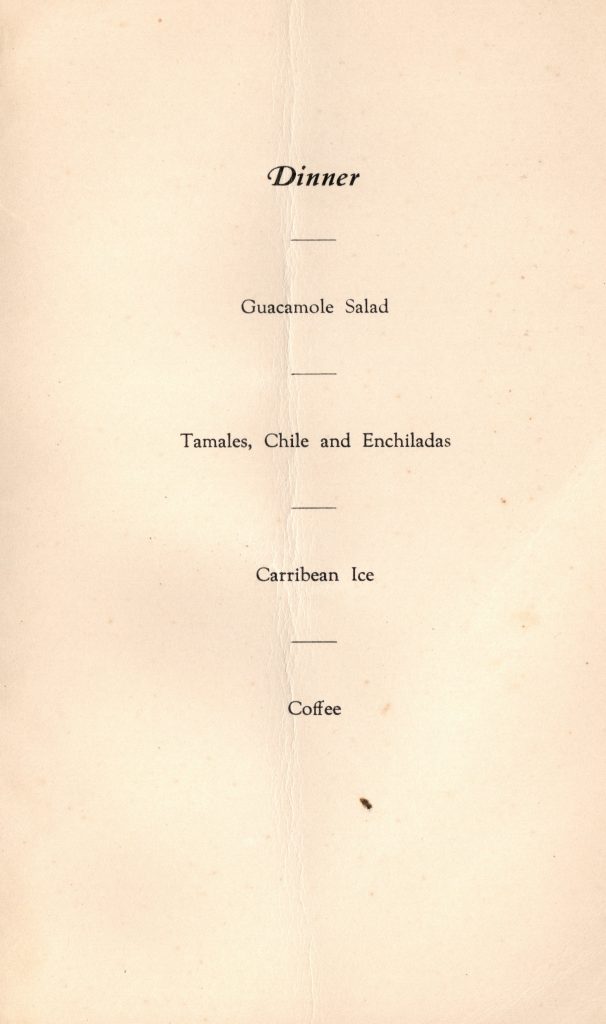 In his commentary during dinner he described the first course, Guacamole Salad, as compounded of avocado pears and tomatoes, and seasoned. The heavy Mexican bread is made from ground maize and should be eaten with all courses rolled into a soft tortilla with butter and salt in the manner Col. Moursund demonstrated.

Coming to the main course, consisting of Tamales, Chile (sic) and Enchiladas, he informed us that Enchiladas were made with a base of tortilla rolled up with a cheese sauce, fresh onions and a cheese garnish, after which they are baked. Tamales were made with a meat centre and a ground maize layer and then steamed, usually with a maize husk; but the Club was deprived of the husk, since these Tamales were tinned. The Chile was a mixture basically prepared as a sauce and made from tomatoes, Chile pepper and (commonly) beef, which gives it the name “chile-con-carne”. The chile served at this dinner was “Chile-con-carne-con-frijoles”, meaning chile with beans. There was a hot sauce such as should be applied sparingly to any Mexican dish.

Col. Moursund was careful to explain – perhaps a trifle superfluously – that the dinner the Club was eating was not a Castilian banquet. At this point the Minutes unaccountably break into rhyme:

The sponsor explained that the dinner would be an

Example of meals in the poor peons’ quarter!

The sweet course was a Carribean (sic) pineapple ice. The dinner was washed down with beer, to counteract the chiles (sic); a necessary provision.

Col. Moursund thanked the Club – or, to report him exactly, the Group – for inviting him. He also thanked the Hotel, the manager and the Chef for coping with such an extremely strange menu. Yet it was a menu that came entirely within the terms of the Club’s motto:

If any part of the menu seemed not altogether novel it was the tortillas which, to some members who recalled the Irish Dinner in the Spring, were oddly like Boxty Bread.