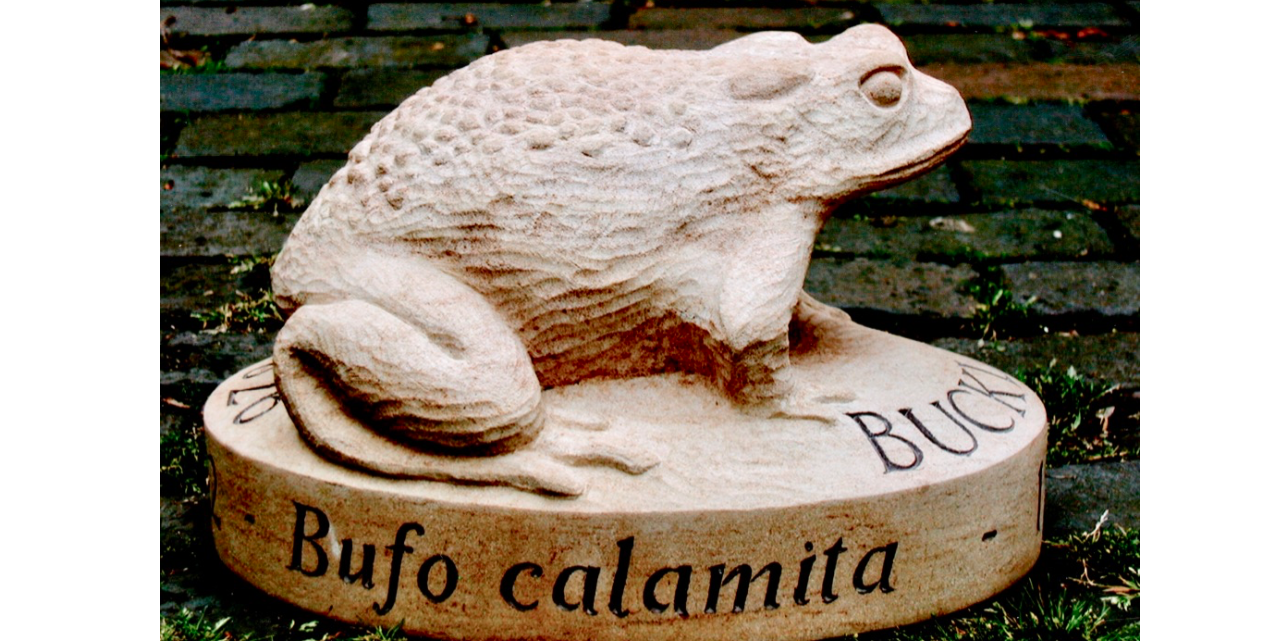 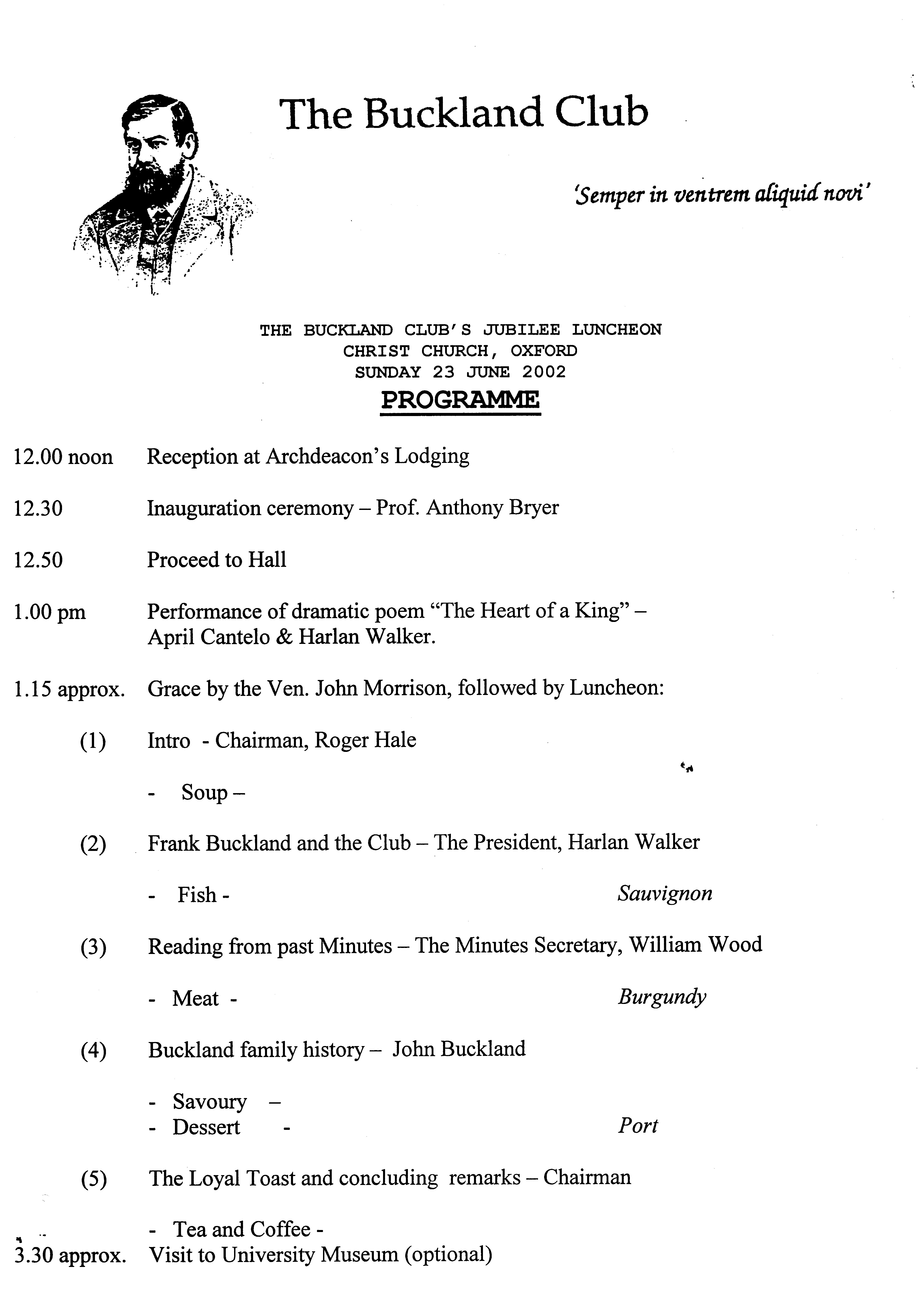 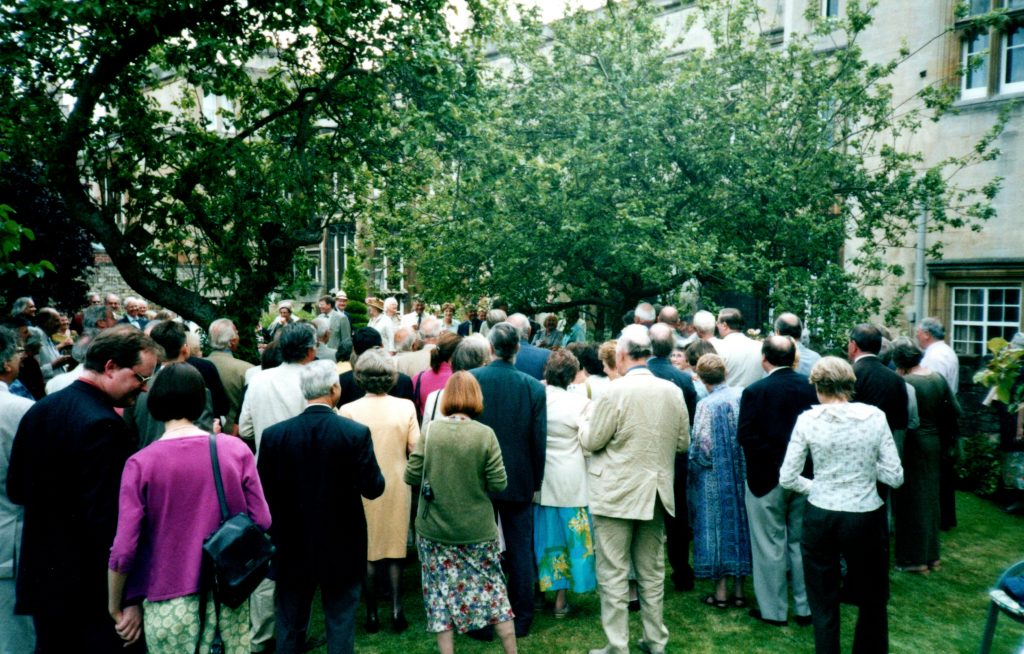 In 2002, the Buckland Club reached its ﬁftieth birthday and celebrated in the most appropriate style. For ﬁfty years, the Club has been entertaining and instructing its members, and dutifully following its motto “Semper in ventrem aliquid novi”. We have been faithﬁll to the principles of the founding members and remembered the enthusiastic eating habits of the Buckland who 36 names we have commandeered. We hope that he would be proud of all of us, or at least some of us and some of the time.

It was decided that a permanent commemorative object should be acquired and established somewhere to honor this auspicious day.

That only appropriate object should be a toad, and the only appropriate location should be the garden of the Archdeacon of Christ Church in Oxford where the youthful Buckland carried on his remarkable to ad experiments. A substantial stone was sculpted for the Club. 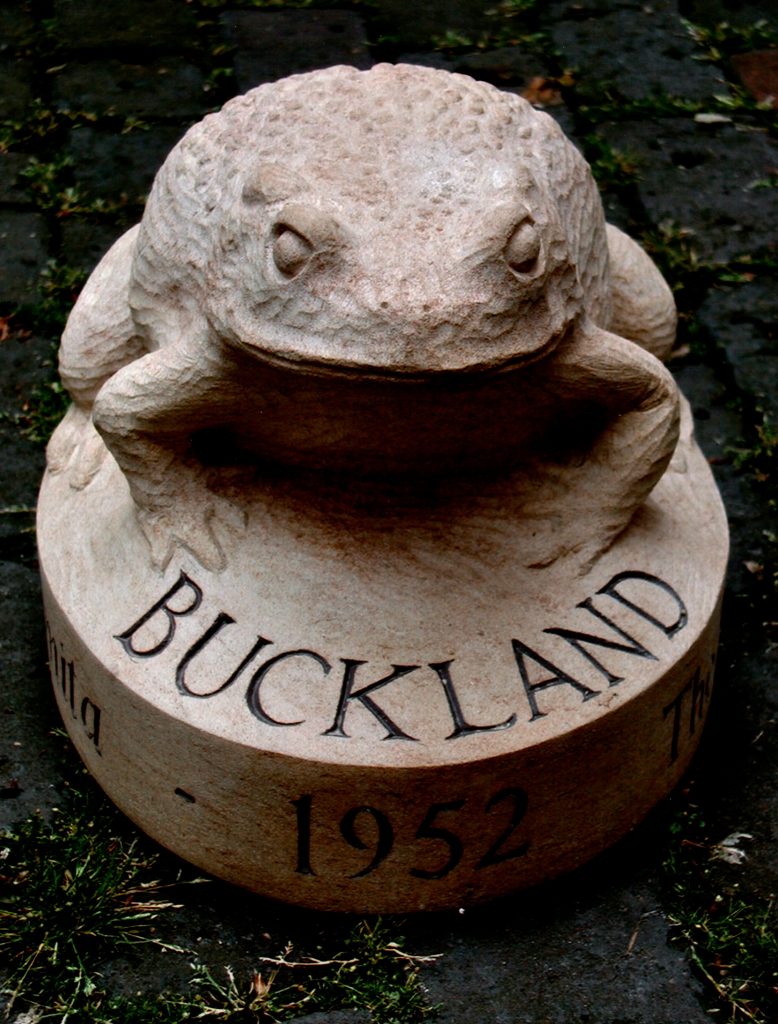 A large and enthusiastic party of Backland members assembled and were conveyed by motor coach to Oxford. On arrival we entered the garden and an important rite was performed in relation to this to this toad. To your Minutes secretary, the procedure appeared to be somewhere between the launching of a ship and a Christening ceremony. 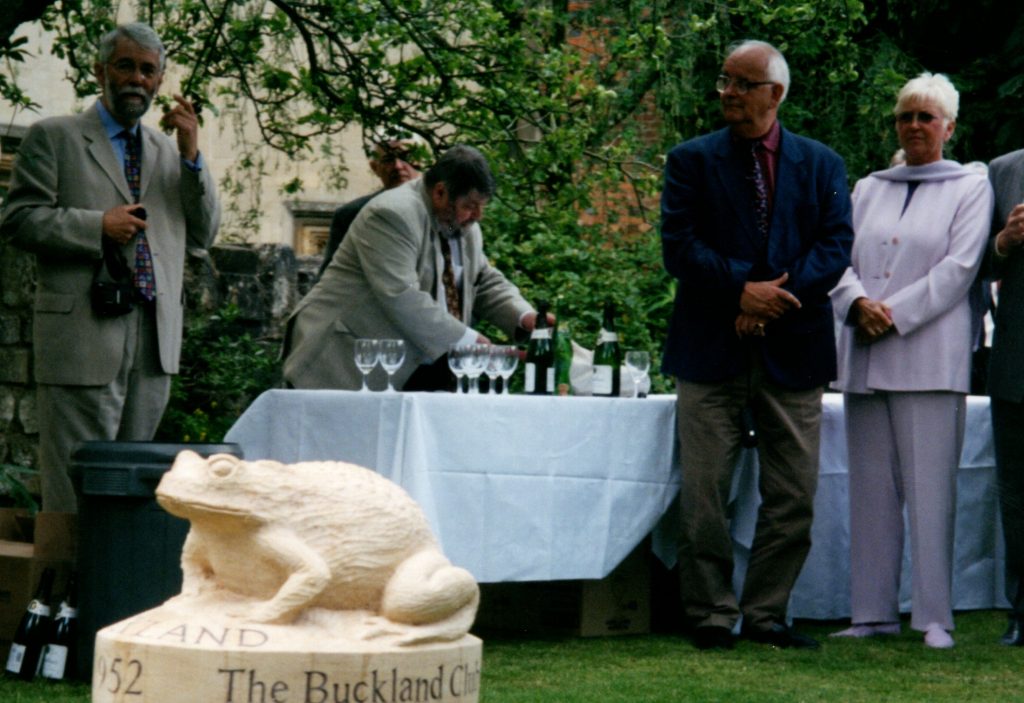 Professor Bryer intoned words of great if arcane meaning and the toad was outwardly wetted with champagne. The assembled members were inwardly.

We proceeded into the Hall of Christ Church. There followed a dramatic representation of “Heart of a King” by the Club President, Harlan Walker, and April Cantelo. 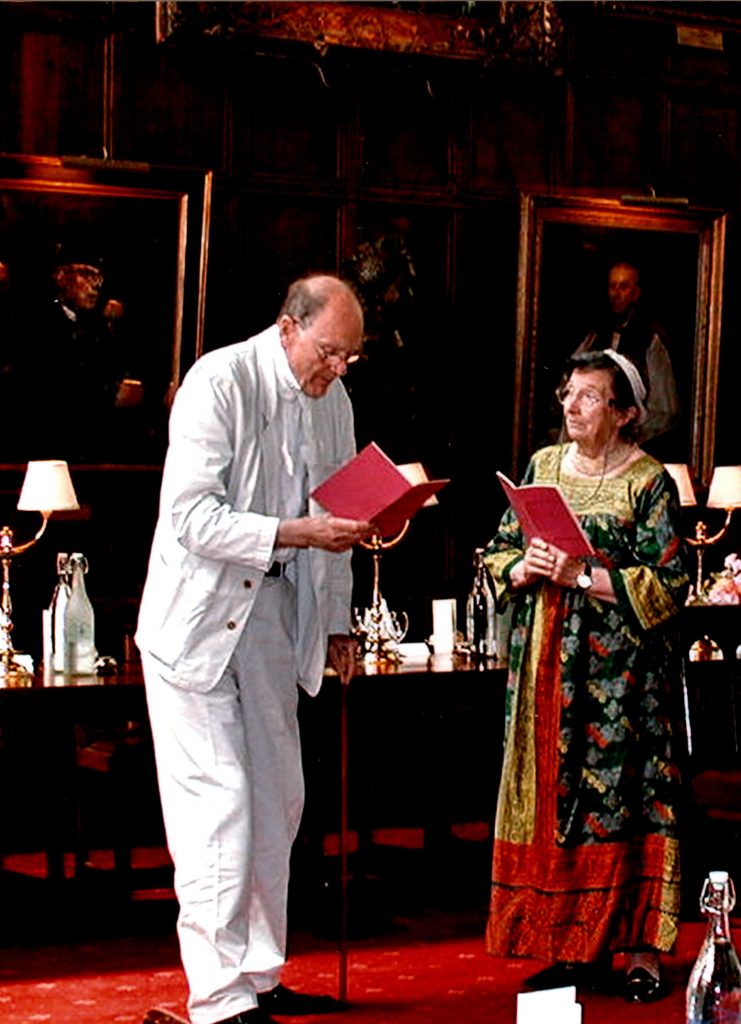 A special grace was read:

We can be sure that on this plate

The food we’re given will be ﬁne,

And we’ll with pleasure drink the wine,

So with the Buckland Toad in place,

We’ll thank the Lord for all his grace.

Grace for the Golden Jubilee Lunch 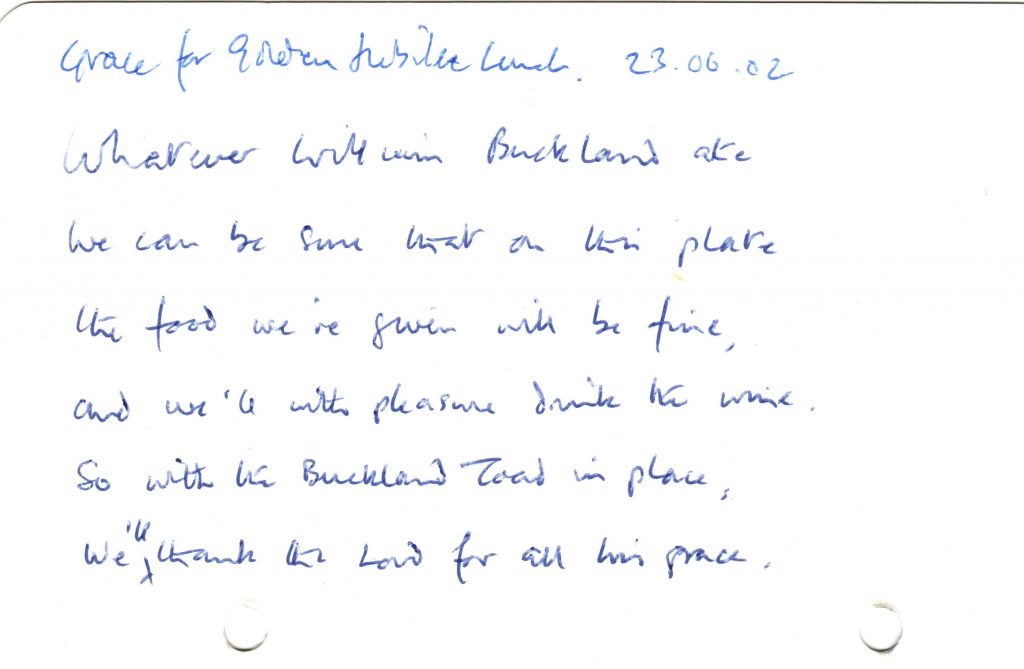 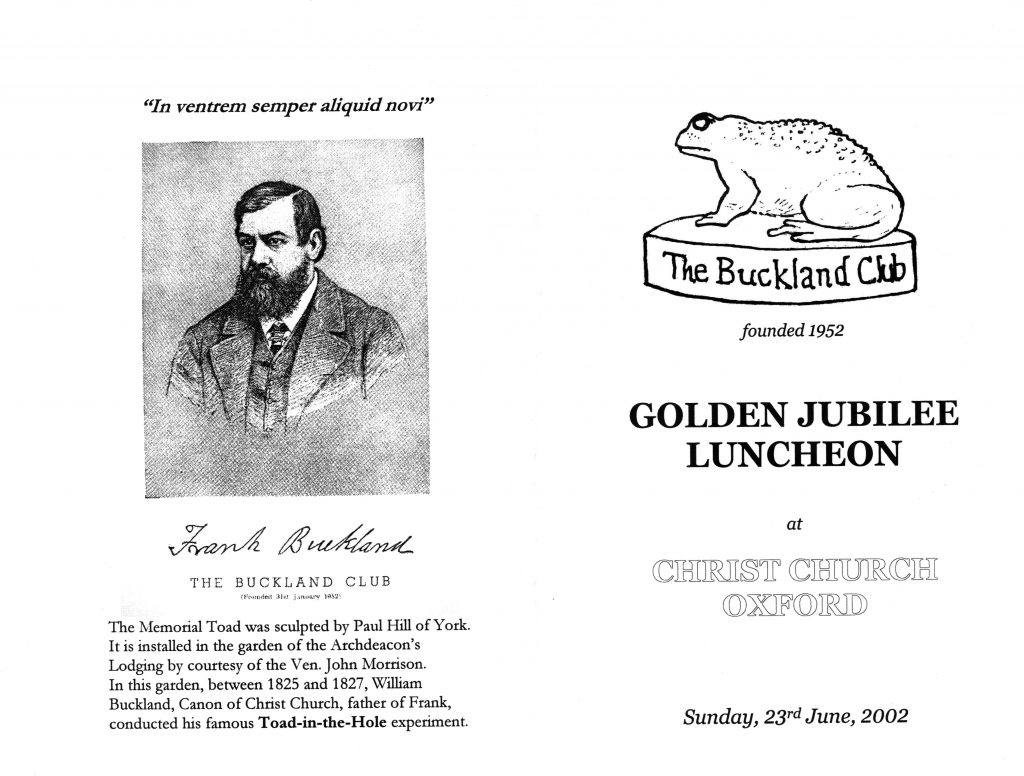 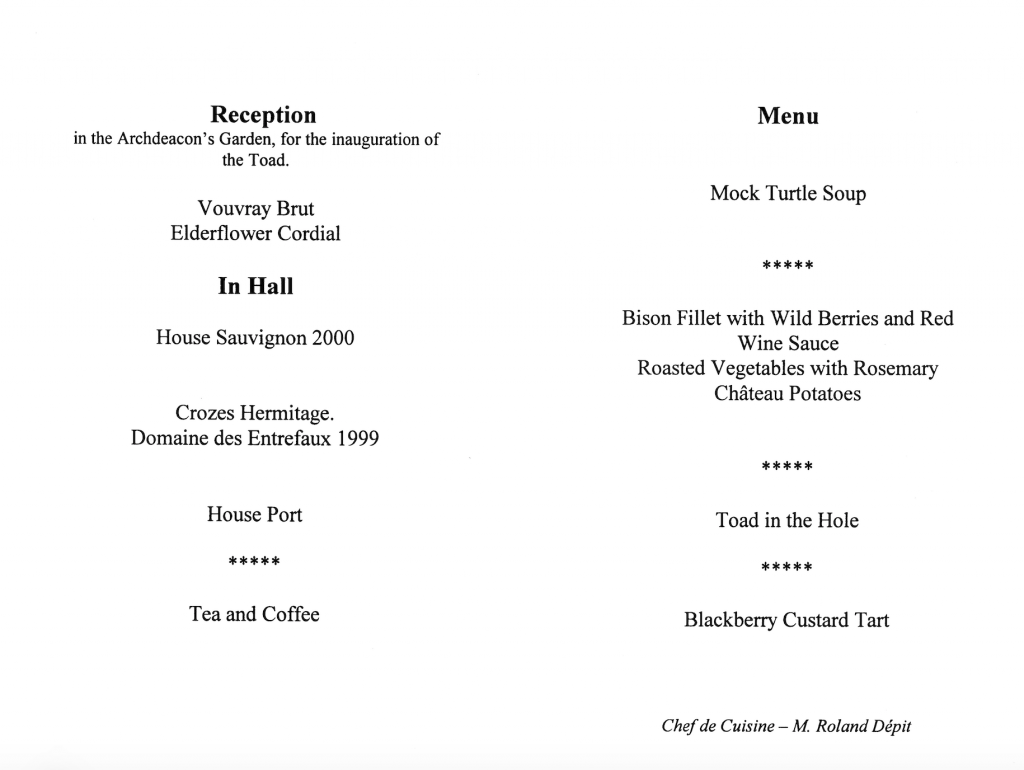 Notes on Frank Buckland & the Club 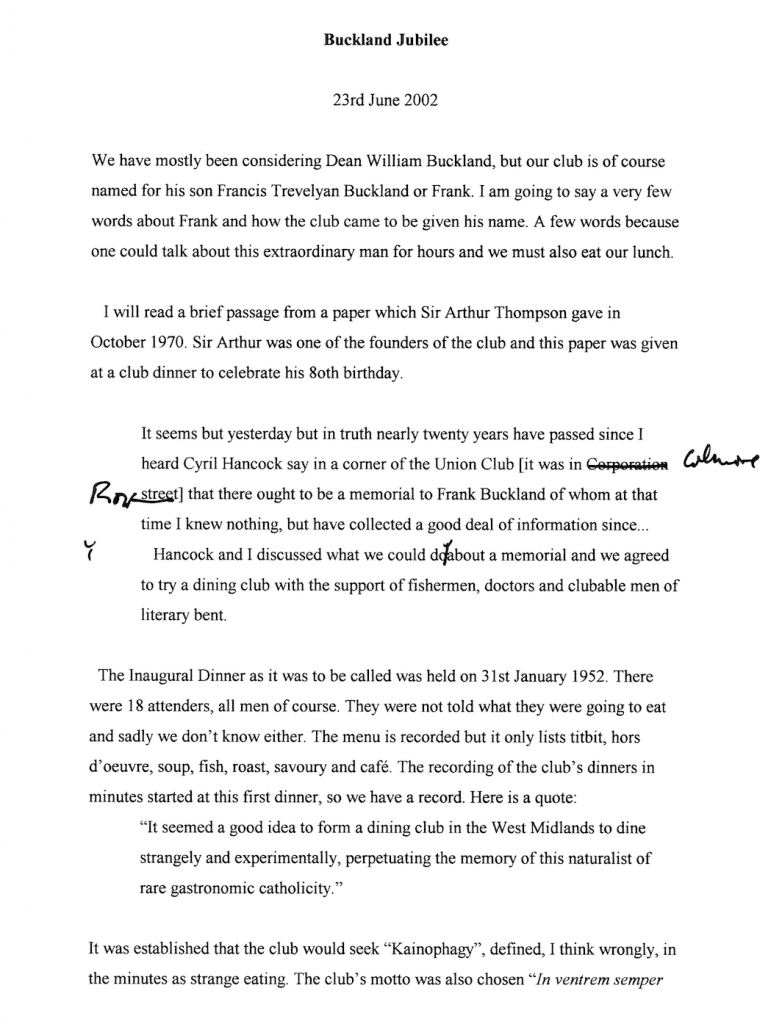 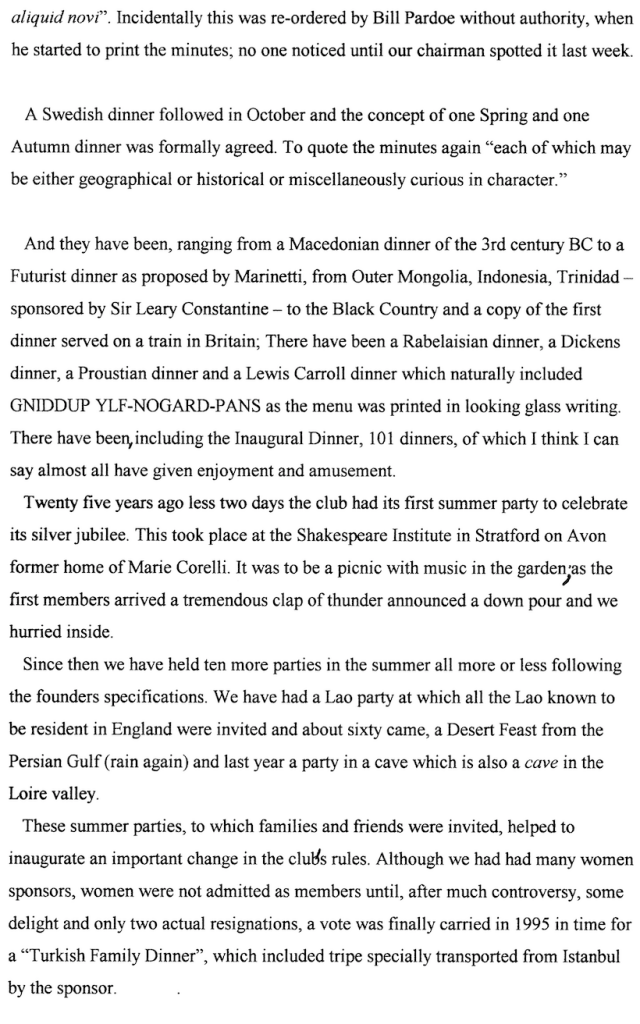 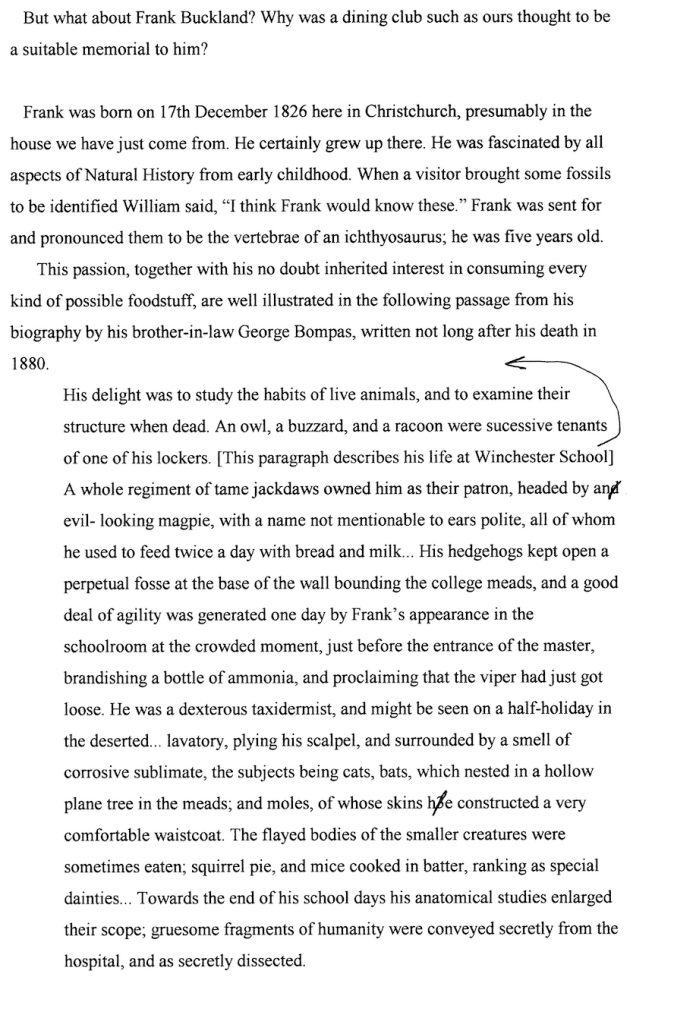 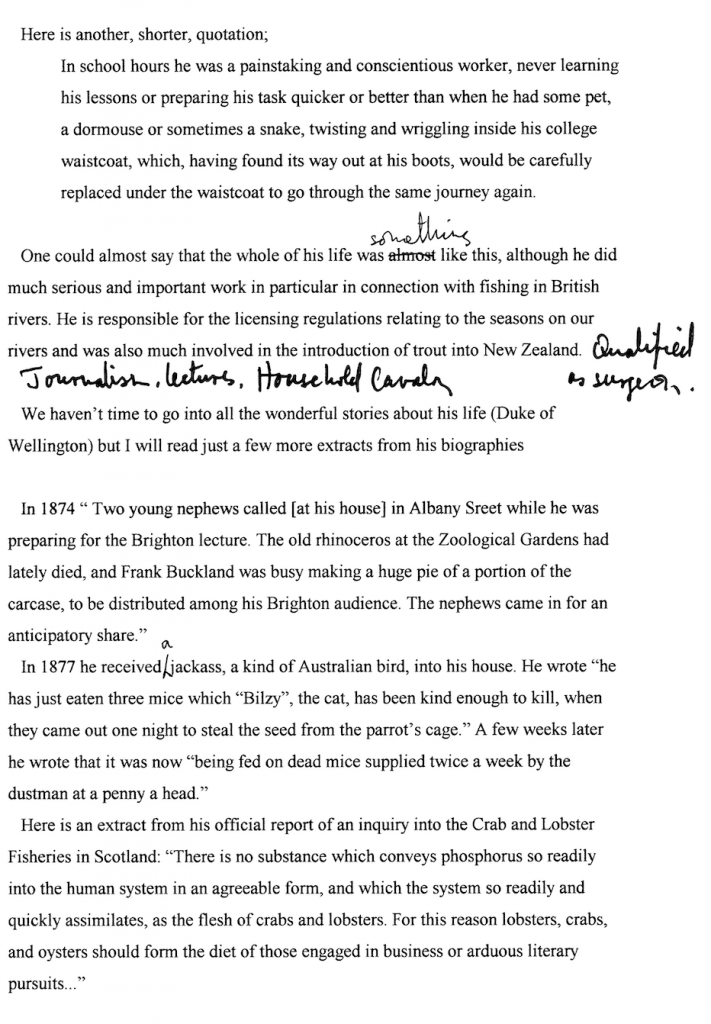 Reading From Past Minutes 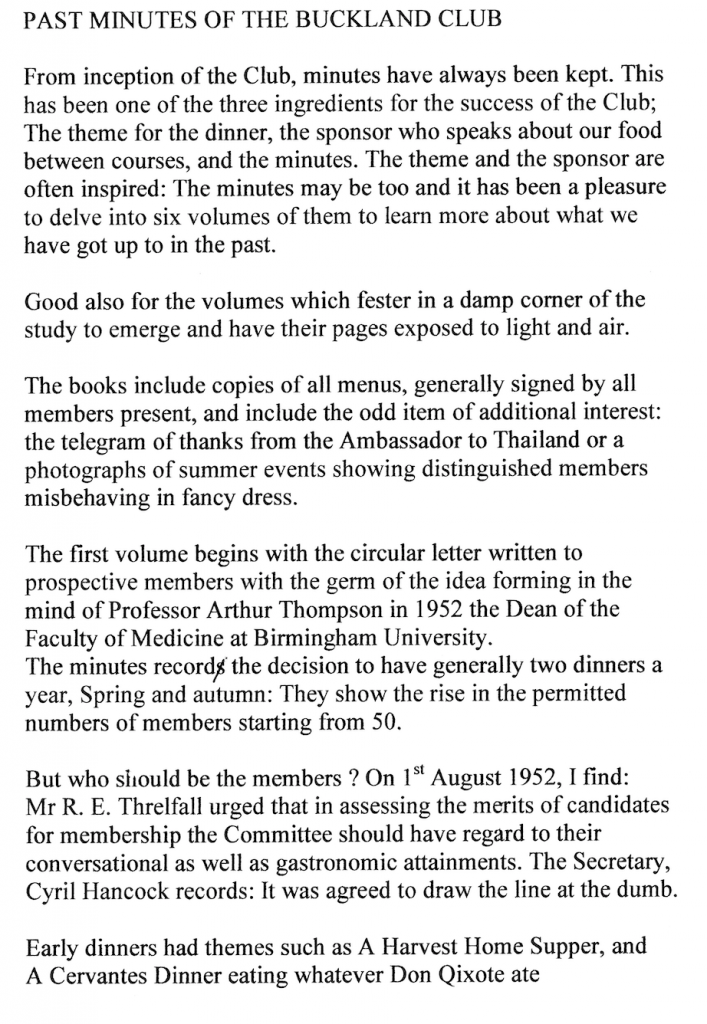 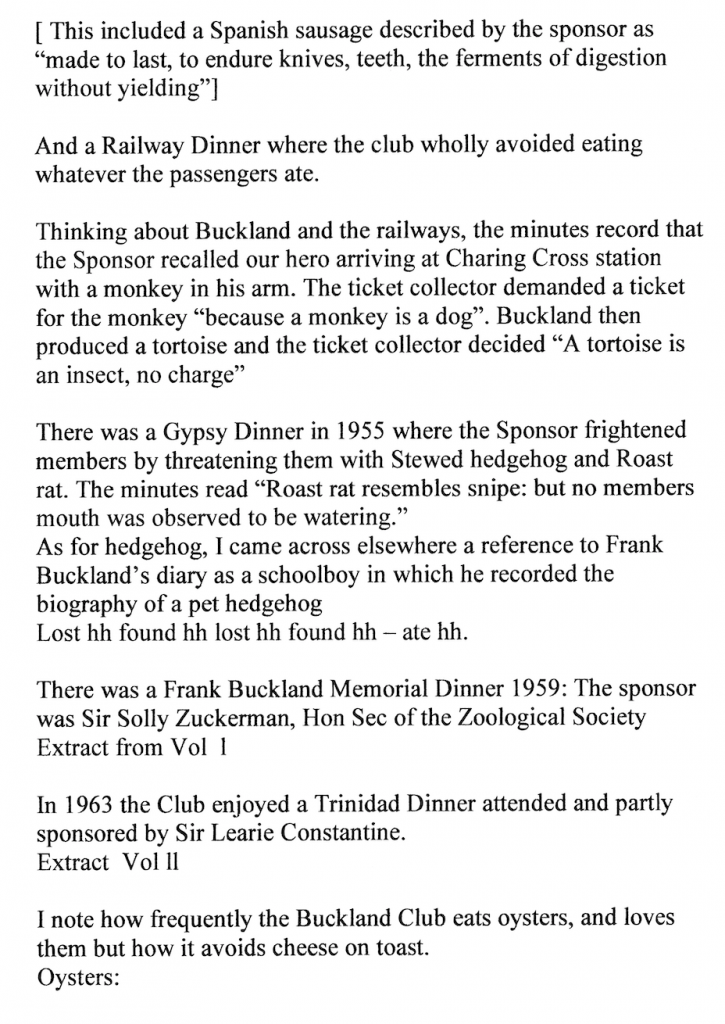 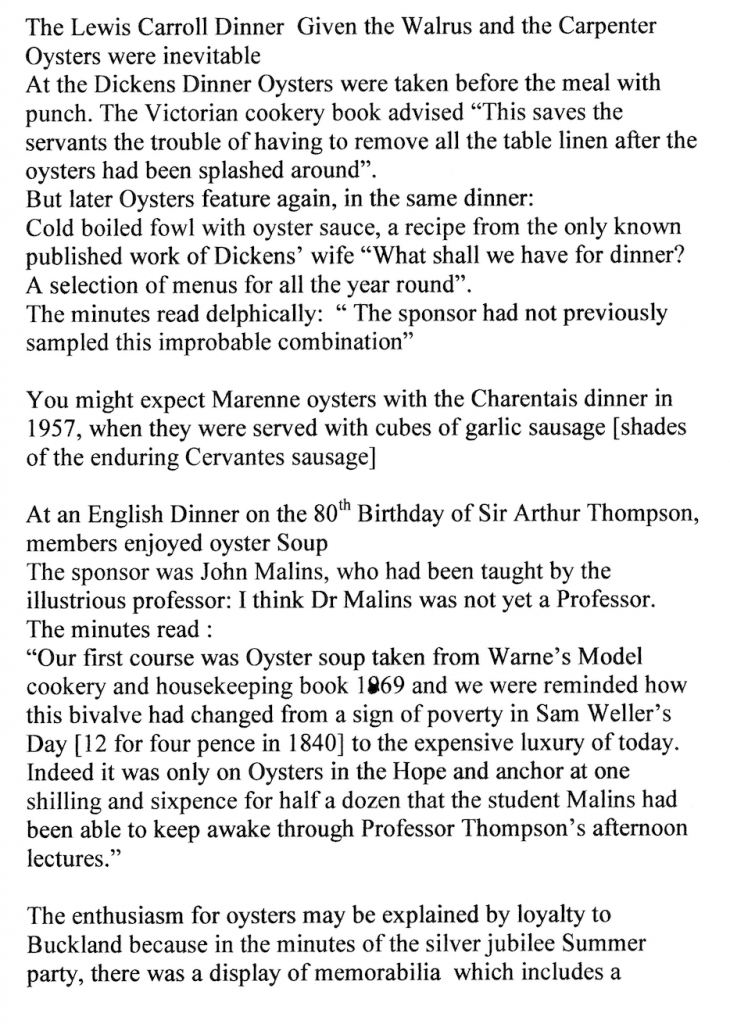 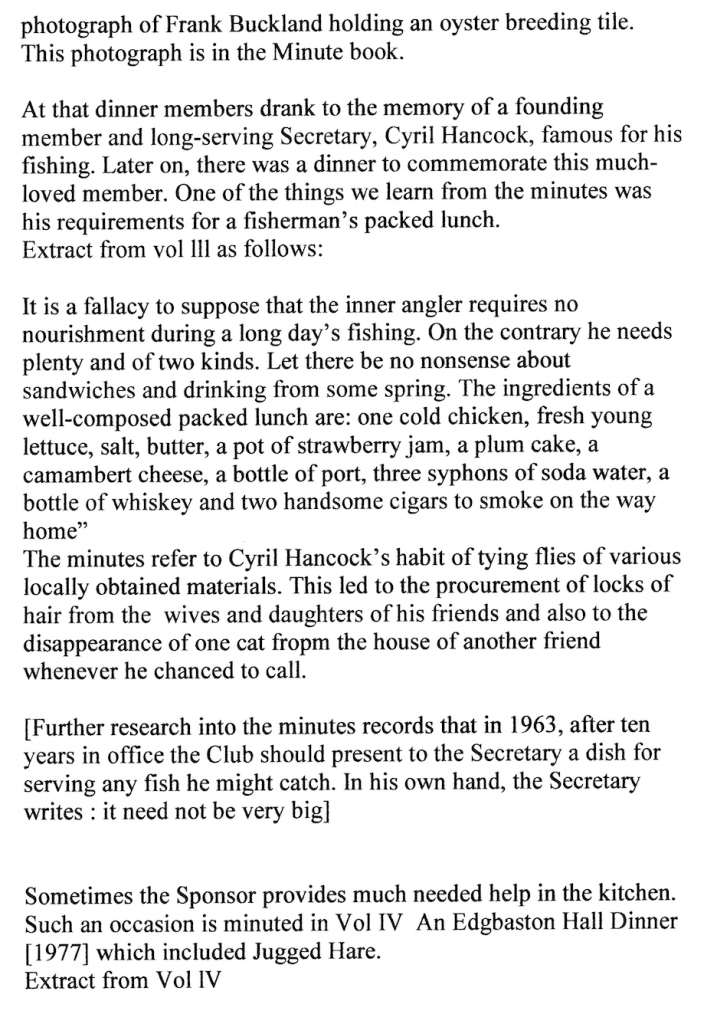 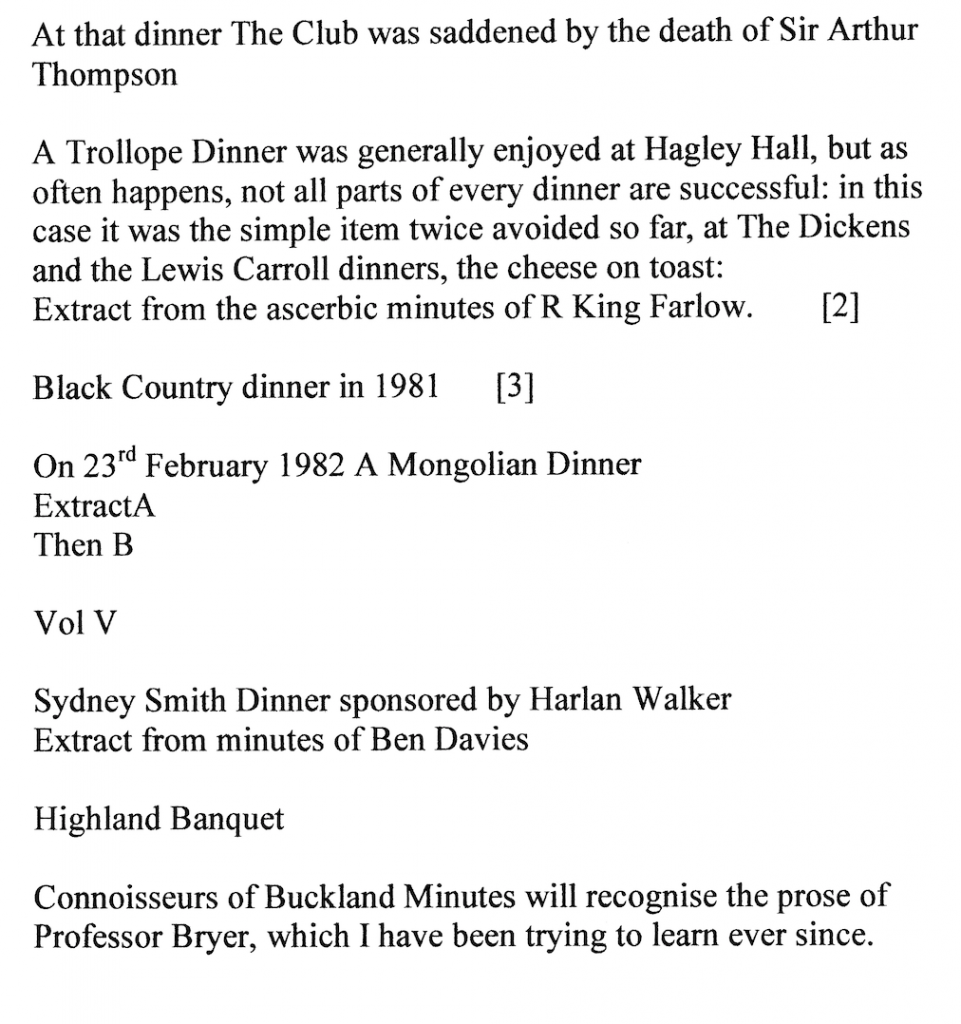