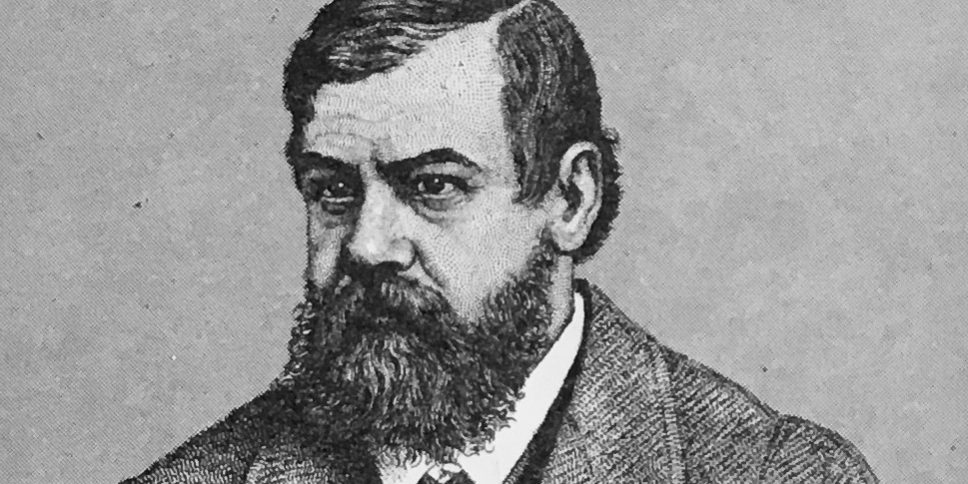 Minutes of the Inaugural Dinner

The following prospective members attended the exploratory dinner at the Midland Hotel, Birmingham:—

Sir Jack Drummond, author of “The Englishman’s Food”, and Dr. Hans Clarke, distinguished American bio-chemist, were present as guests on the invitation of Prof. Frazer.

The following were unable to be present but had expressed their interest in the proposed club:— 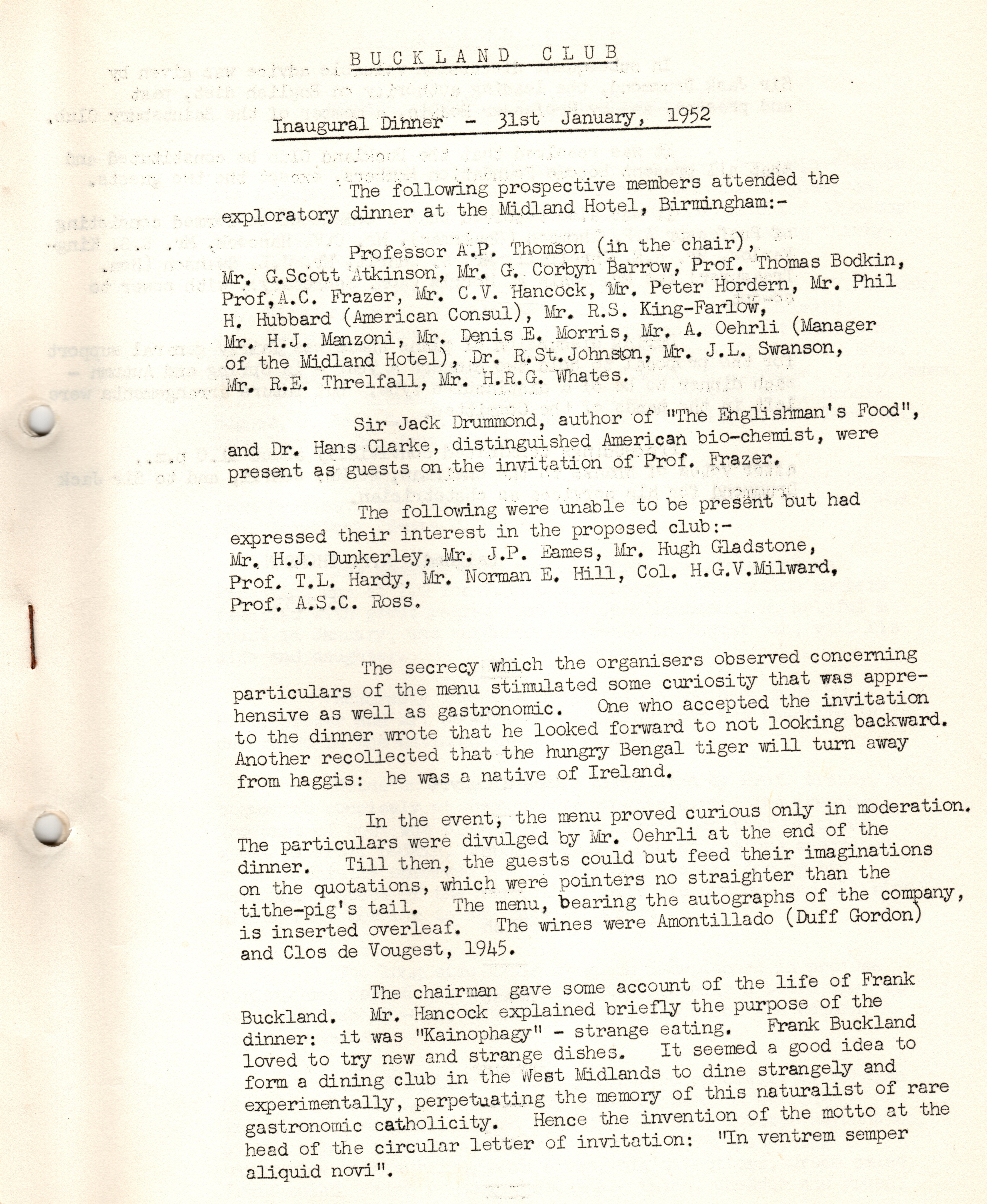 The secrecy which the organisers observed concerning particulars of the menu stimulated some curiosity that was apprehensive as well as gastronomic. One who accepted the invitation to the dinner wrote that he looked forward to not looking backward. Another recollected that the hungry Bengal tiger will turn away from haggis: he was a native of Ireland.

In the event, the menu proved curious only in moderation. The particulars were divulged by Mr. Oehrli at the end of the dinner. Till then, the guests could but feed their imaginations on the quotations, which were pointers no straighter than the tithe-pig’s tail. The menu, bearing the autographs of the company, is inserted overleaf. The wines were Amontillado (Duff Gordon) and Clos de Vougest, l945.

The chairman gave some account of the life of Frank Buckland. Mr. Hancock explained briefly the purpose of the dinner: it was “Kainophagy” – strange eating. Frank Buckland loved to try new and strange dishes. It seemed a good idea to form a dining club in the West Midlands to dine strangely and experimentally, perpetuating the memory of this naturalist of rare gastronomic catholicity. Hence the invention of the motto at the head of the circular letter of invitation: “In ventrem semper aliquid novi”.

In subsequent discussion valuable advice as given by Sir Jack Drummond, the leading authority on English diet, past and present, and by Professor Bodkin, a member of the Saintsbury Club.

It was resolved that the Buckland Club be constituted and that all present become Foundation Members, except the two guests.

During discussion of plans there was fairly general support for the proposal to hold two dinners a year – in Spring and Autumn – each dinner to be of a distinctive type; but future arrangements were left in the hands of the Committee.

Proceedings terminated convivially about 11.0 p.m., after votes of thanks to the Chairman, to Mr. Oehrli, and to Sir Jack Drummond for his services as obstetrician. 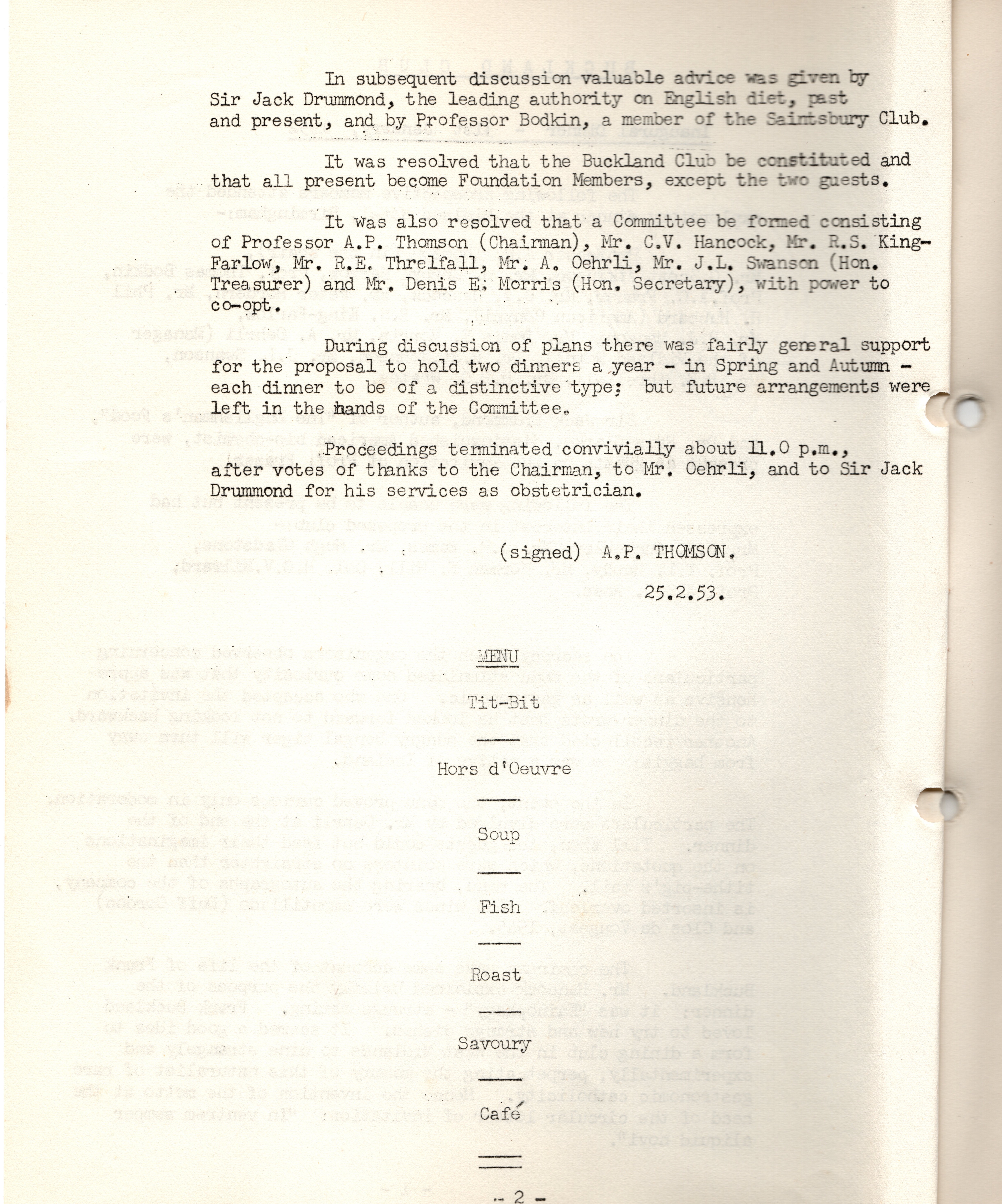