Minutes of the Elizabethan Dinner

This being Coronation Year, the Club held an Elizabethan Dinner at the Midland Hotel, Birmingham, on February 25th, 1953 – the Club’s first “historical’ dinner. The attendance numbered 47. The Chairman presided. Erected close behind his chair was a handsome partizan, realistically fashioned by the craftsmen of a member, the Birmingham City Engineer.

The menu card, a copy of which appears below, was embellished with a portrait of Frank Buckland which it is to carry regularly. 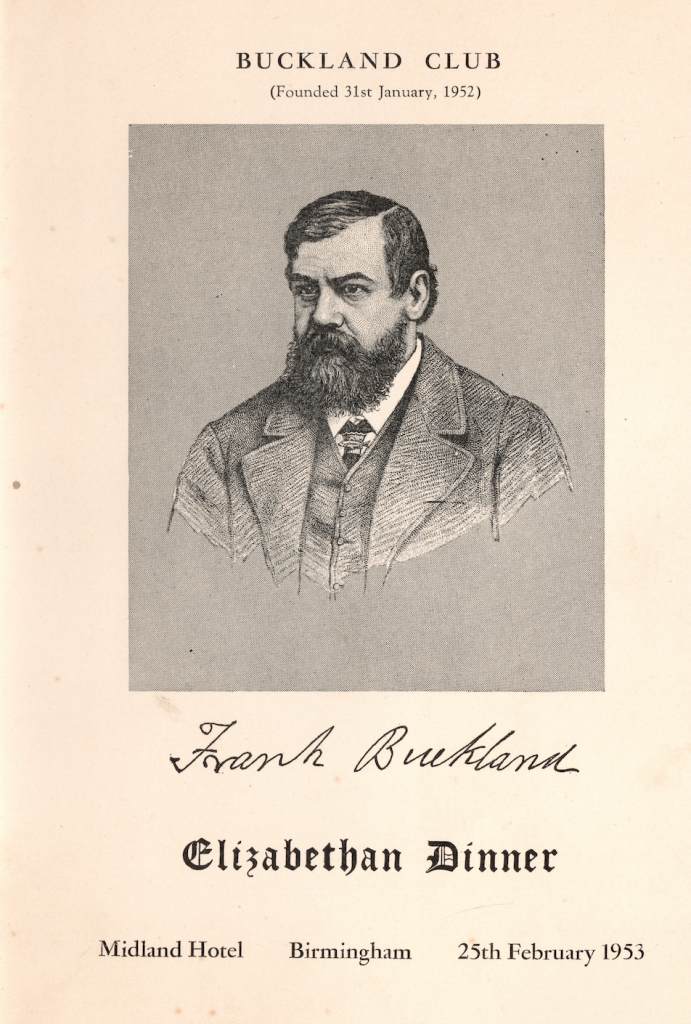 The dinner was “sponsored”, as the Club’s term is, by R.E. Threlfall. He took noble pains to secure food and drink that should be as truly Tudor as possible in nature, variety and abundance. In quest of an appropriate cheese he went so far as to con scribe his bank – a banking service with which even eminent bankers may have been unacquainted.

Since the menu card is particular in information and copiously furnished with suggestive quotations, there is little cause to enlarge upon it. The Kickshawses proved to be walnut omelettes; by general consent they were delicious and have since been imitated (it is reported) in the kitchens of several members. The Boar’s Head was borne round the room.with the cry of “Largesse!” thrice repeated. Simultaneously a member, Clive Powell, drew out a hunting horn and sounded it three times with arresting effect.

The Baron of Beef also made this perambulation; it was attended by the chef, M. Pepin, to whose interest and skill the Club is much indebted. At the Chairman’s invitation, M. Pepin took wine with the Club.

The Elizabethans ate their fish after their meat. In this tercentenary year of the publication of The Compleat Angler, the pike (obtained from the Wiltshire Avon) was cooked according to the recipe given there, of which Izaak Walton wrote, rather equivocally: “This dish of meat is too good for any but Anglers, or very honest men”. 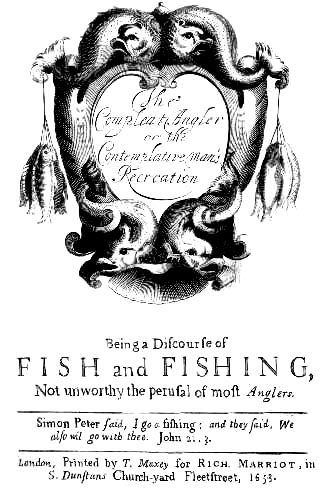 In a full, scholarly and witty commentary the sponsor called the first Elizabethans “hearty browsers and sluicers”, described their table manners as deplorable, and recalled that their floors were strewn with rushes and populated by hounds which, confirmed in this practice by Holy Writ, gulped unconsidered remnants tossed from the table. In deference to scruples expressed somewhat squeamishly by the hotel management, the Club went without rushes and hounds.

“Browsers and sluicers” the Sponsor said. The sluicing was proper. The Brown Bastard, it must be acknowledged, was a synthetic or bastard Bastard, fathered by a member who is an acknowledged authority upon such matters; it might have been disowned by its reputed mother, the Iberian Peninsula. All the other wines were authentic, including a Malmsey of 1870. It is unlikely that Gloriana ever tasted any wine to compare with the Beychevelle 1943. In her reign, claret cost fourpence a quart, retail. 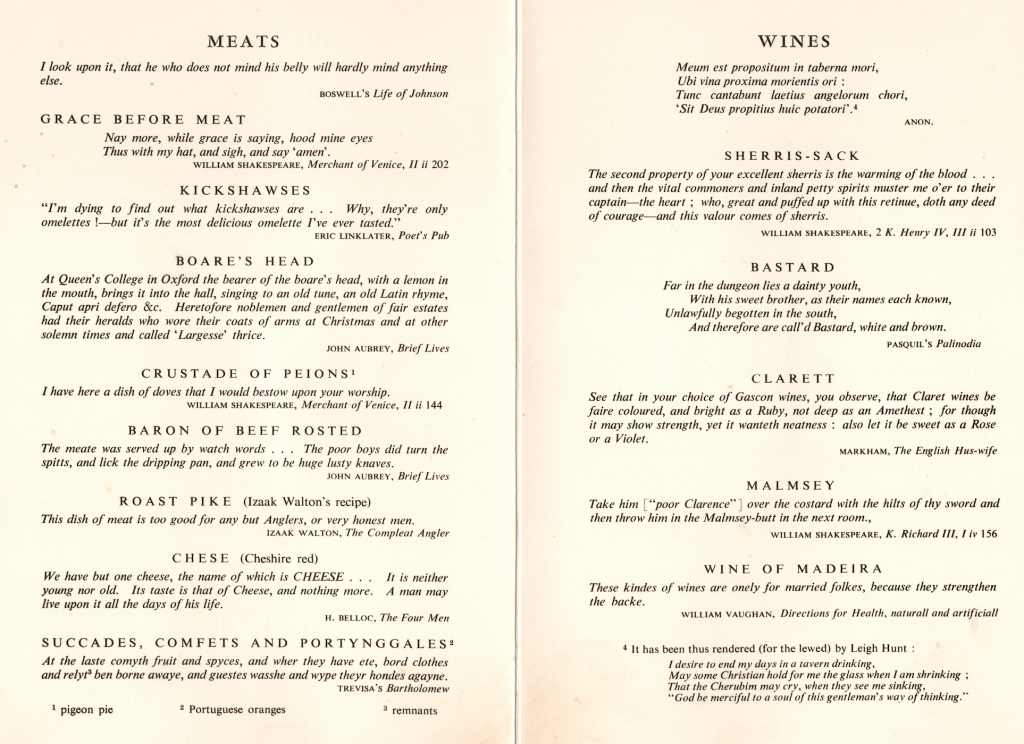 In his commentary the sponsor threw out the suggestion that some day the Club should hold a “Wrong Box” dinner. Stevensonians among the members were not alone in welcoming the idea of holding literary, as well as historical and geographical, dinners.

After the Elizabethan dinner on February 25th, 1953, a general meeting of the Club was held, the Chairman presiding. The attendance was as recorded in the minutes of that dinner. On the recommendation of the Committee the following rules were adopted:-