Minutes of the American Dinner

A copy of the menu appears below:-

This dinner was to have been sponsored by Phil. H. Hubbard, American Consul in Birmingham and a member of the Club, but he retired from office and returned to the United States before the dinner was held or the preparations were complete. His place was very gallantly and efficiently filled by his successor as Consul, Mr. Walter W. Hoffmann, who accepted the Club’s invitation at short notice. The Club was also honoured to entertain two distinguished representatives of the American Embassy, Dr. R.W.G. Myckoff, Science Attaché, and Colonel Walter Moursund, Medical Military Attaché. During dinner Colonel Moursund contributed a little speech that added to the gaiety of the occasion. 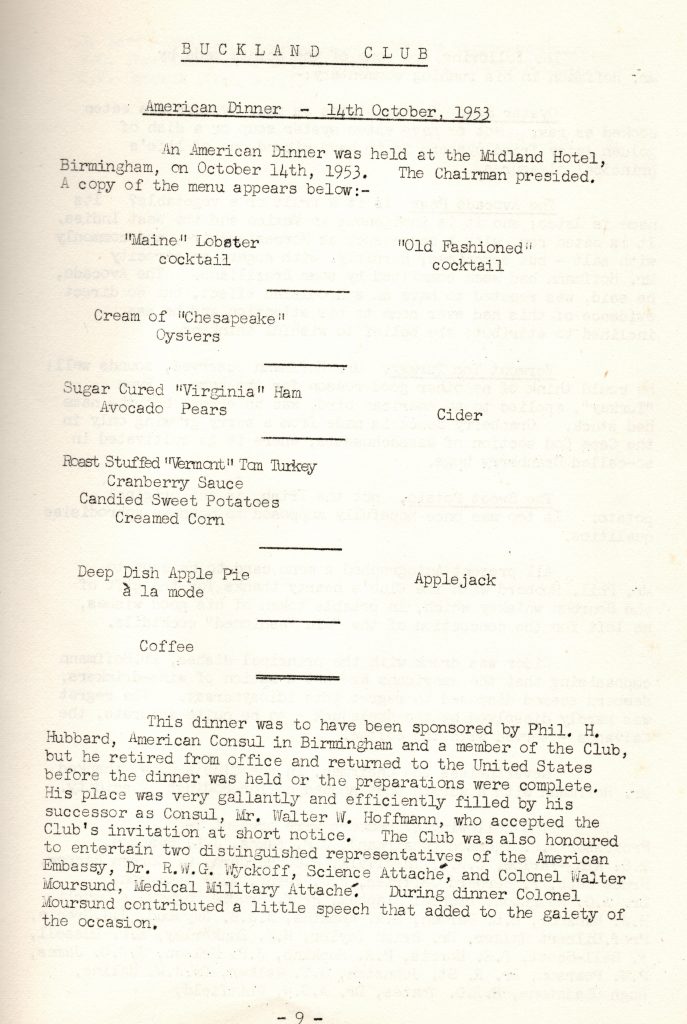 The following are some of the points made by Mr. Hoffmann in his running commentary:-

Oyster Soup. In the States as many oysters are eaten cooked as raw. Not to have eaten oyster soup or a dish of golden juicy fried oysters is to have missed one of life’s principal pleasures.

The Avocado Pear. Is it a fruit or a vegetable? Its name is Aztec, and it is indigenous in Mexico and the West Indies. It is eaten raw with a sauce such as Worcestershire, and commonly with salt – but sometimes, horribly, with sugar, an atrocity  Mr.Hoffmann had seen committed by some Brazilians. The Avocado, he said, was reputed to have an aphrodisiac effect, but no direct evidence of this had ever come to his attention and he was inclined to attribute the belief to wishful thinking.

Vermont Tom Turkey, Mr. Hoffmann observed, sounds well: he could think of no other good reason for the name. Even “Turkey”, applied to the American bird, was an error, but the name had stuck. Cranberry Sauce is made from a berry growing only in the Cape Cod section of Massachusetts, where it is cultivated in so-called Cranberry bogs.

The Sweet Potato, not the Irish, is the original potato. It too was once hopefully supposed to possess aphrodisiac qualities.

All present autographed a menu card to be sent to Mr. Phil. Hubbard with the Club’s hearty thanks for the gift of the Bourbon whiskey which, in potable token of his good wishes, he left for the concoction of the “Old Fashioned” cocktails.

Cider was drunk with with the principal dishes, Mr. Hoffmann emphasising that the Americans are not a nation of wine-drinkers. Members seemed disposed to regret this idiosyncrasy. The regret was hardly dissolved by the Applejack – to be quite accurate, the Calvados – served with the coffee.

Nevertheless the Chairman, in the Club’s name, thanked Mr. Hoffmann with a warmth that showed no forebodings of acidity. 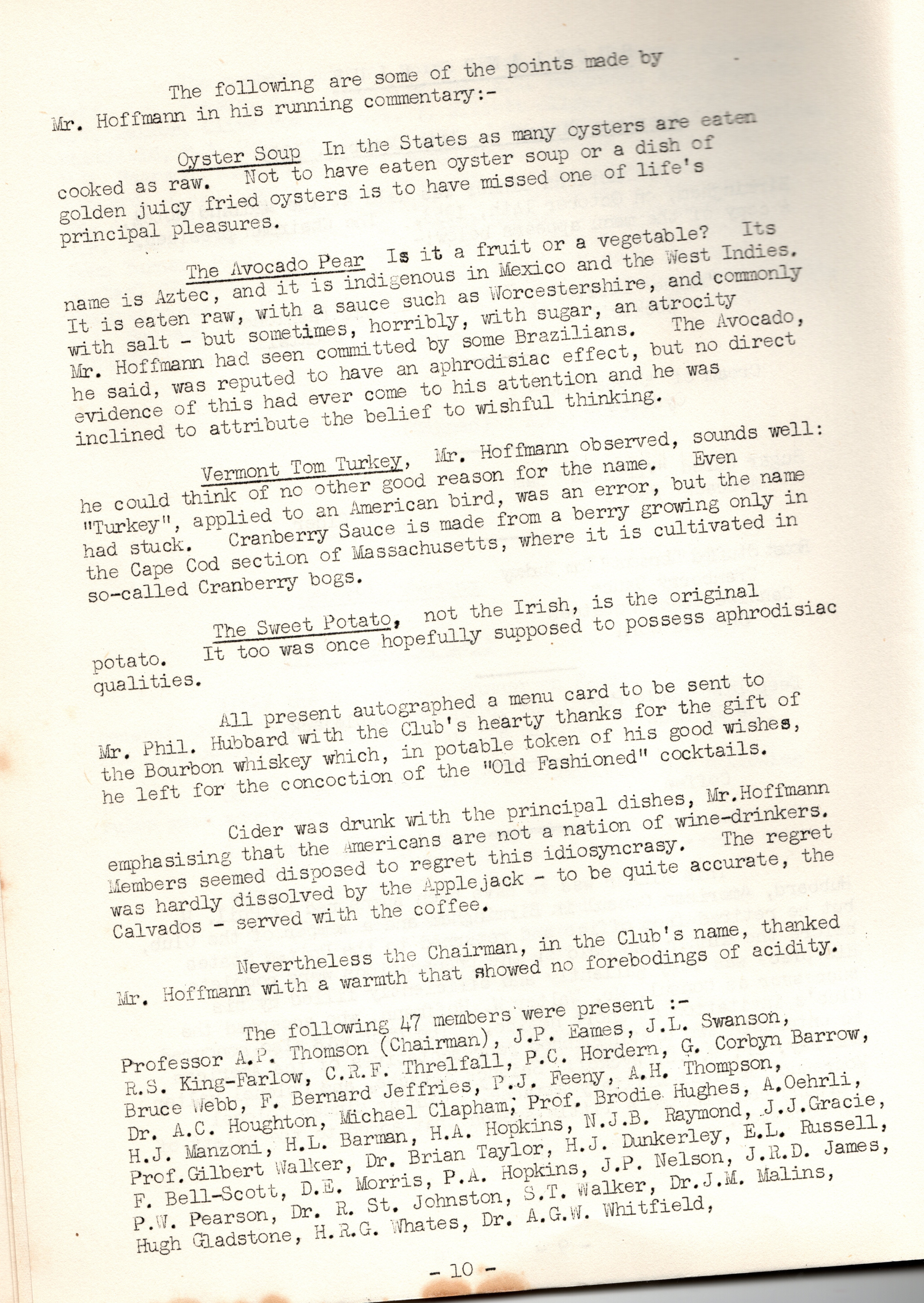