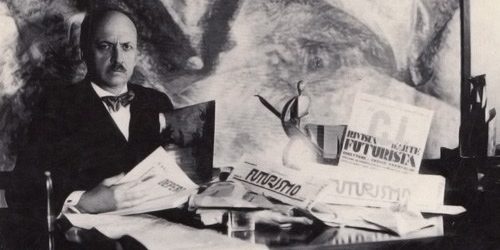 Background to the dinner

The Futurist Dinner was my first appearance acting as sponsor at a Buckland Club event. Having been asked to join the committee, I arrived at my first meeting bright eyed and bushy tailed on 26th November 1998. Despite possessing no real idea why I had been asked to join such established company, other than to bring down the average age considerably, I felt that I should arrive armed with some suggestions for possible dinners at the very least.

When the agenda moved onto future events I produced, triumphantly, a copy of The Futurist Cookbook by Marinetti that I had purchased at the marvellous Book For Cooks in Notting Hill. Needless to say, I had completely failed to do my homework and was woefully unaware of its real contents. My mind was focused on the forthcoming millennium celebrations, and I felt that A Futurist Dinner would link into this nicely.

My memories of the resulting discussion surrounding my proposal largely concern our dear late President, Harlan Walker. At that stage I hardly knew Harlan, and was woefully ignorant of his expertise and involvement with the Oxford Symposium. He championed my proposal heartily, and declared that such a theme was ideal Buckland material. Modestly I agreed to act as sponsor, with absolutely no idea what I had just agreed to undertake. 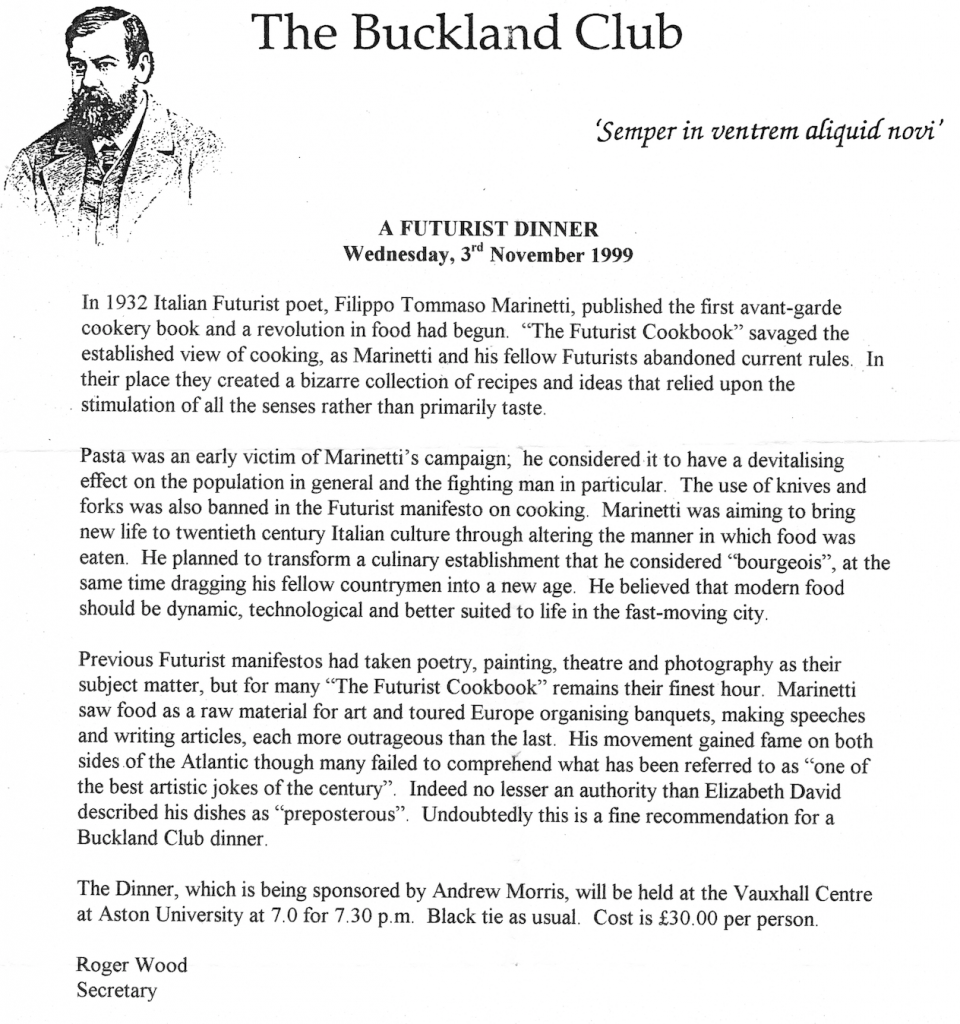 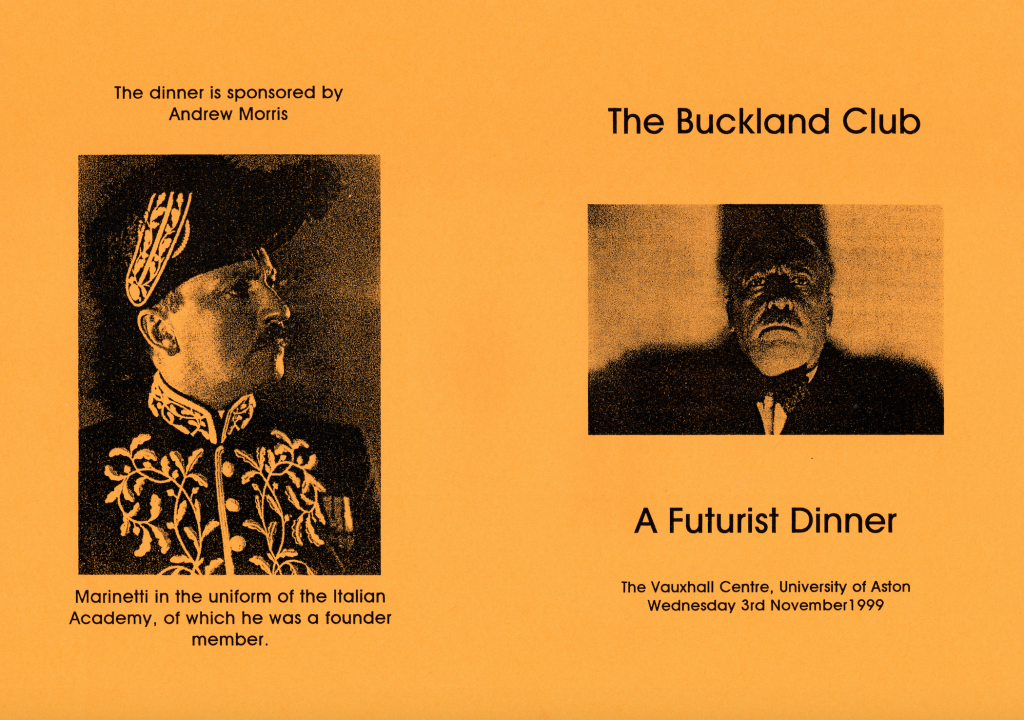 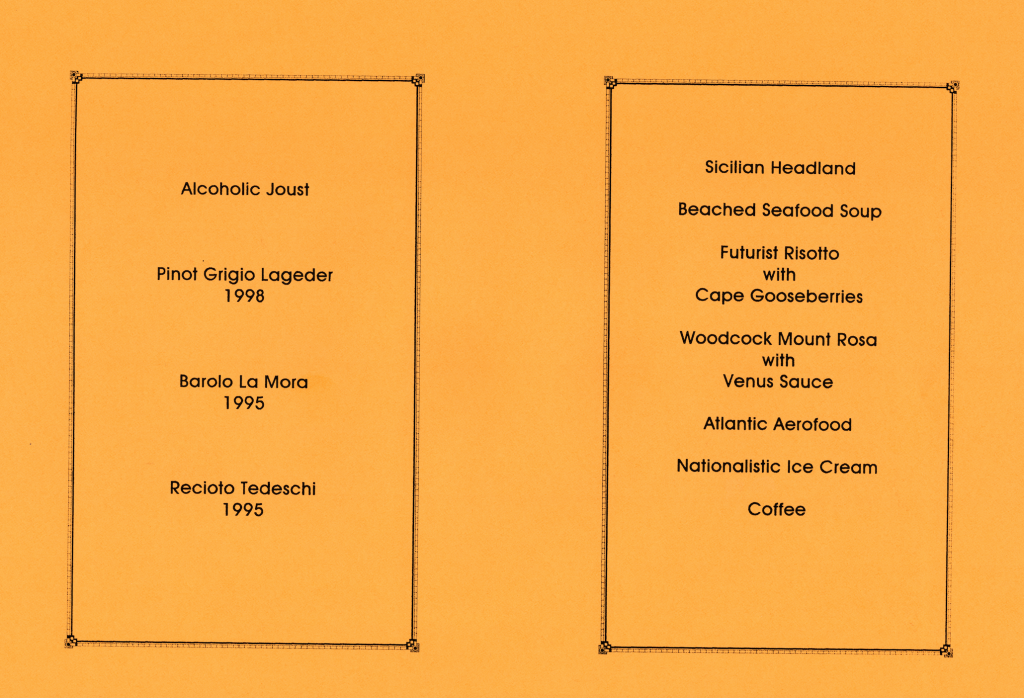 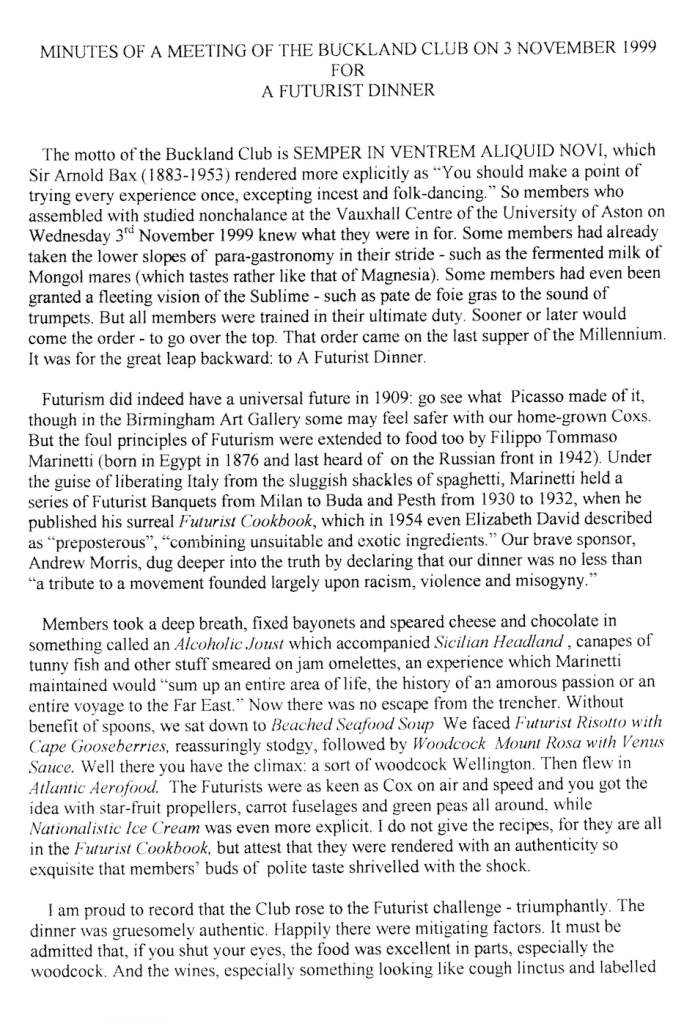 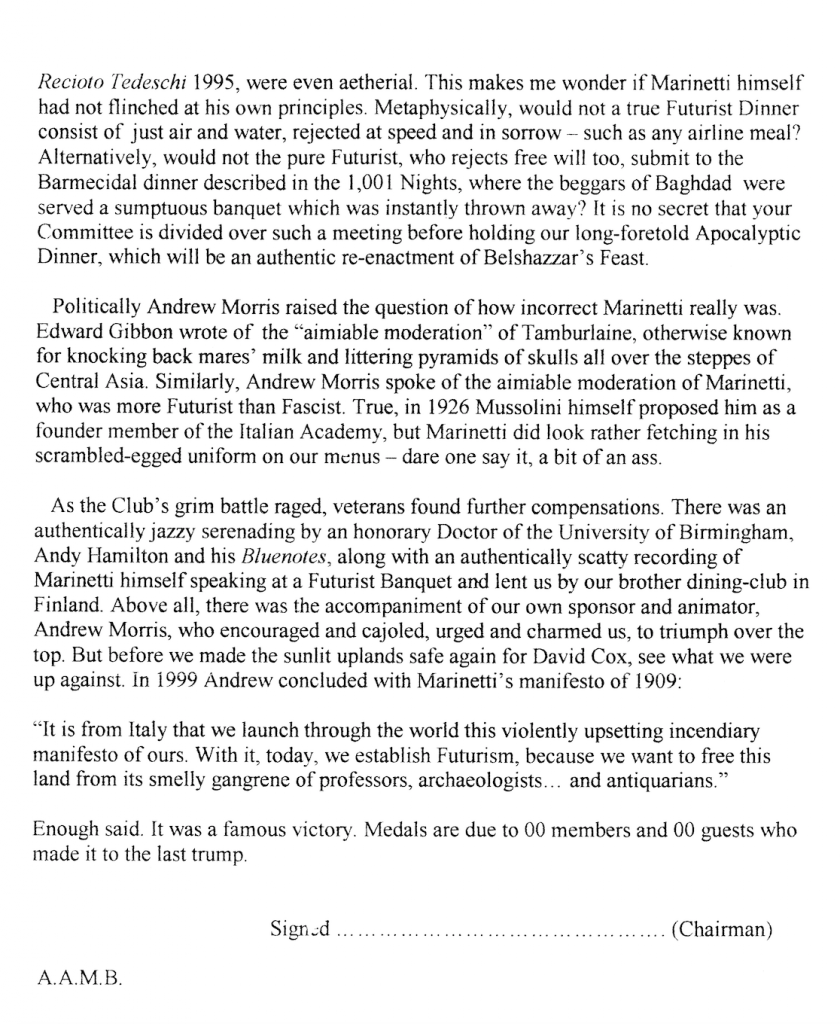