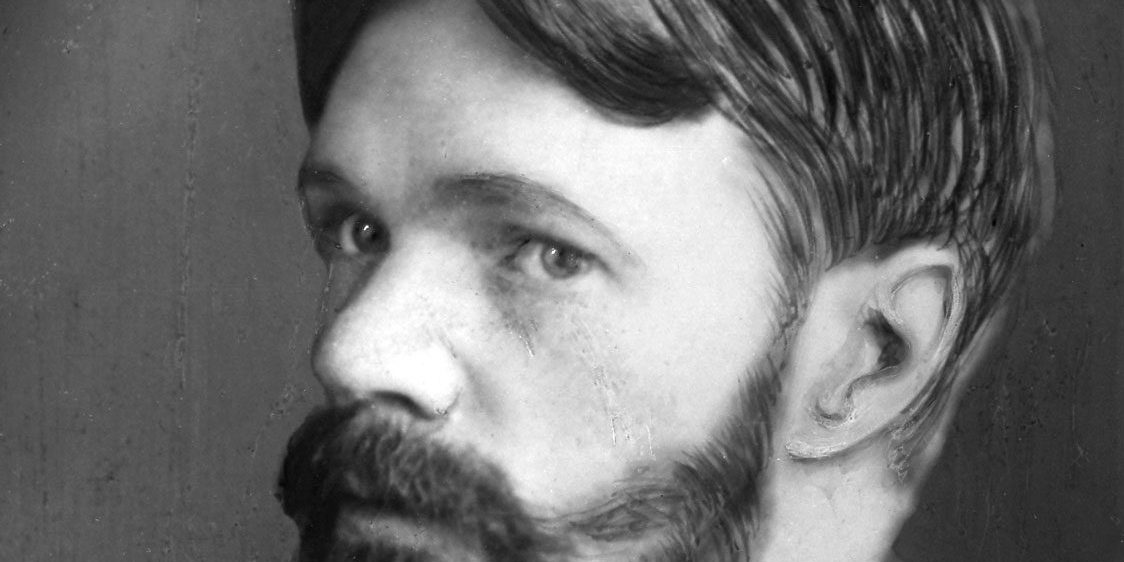 Our sponsor for the evening was Michael Bell, Professor Emeritus in English and Comparative Literary Studies at the University of Warwick. Michael has a special interest in Lawrence and was well placed to sponsor a very special ‘live’ evening, albeit in our new post- Covid world.

Unlike some other authors, including famous contemporaries such James Joyce and Virginia Woolf, Lawrence does not have notable episodes of eating in his fiction. This is interesting in itself since he was so alive to what he called ‘the spirit of place’ which included local products and cuisine. Perhaps his working-class up-bringing left him resistant to being a ‘foodie’. Nevertheless, against the grain of contemporary working-class manhood, he was very domestic. As a boy he became an honorary extra brother in the nearby Chambers family on the Haggs Farm where he enjoyed spending time with Jessie and the womenfolk in the kitchen. Likewise, when he married Frieda Von Richthofen he did the chores throughout their nomadic life together. He found satisfaction in all these activities, even including washing dishes. The story of his life was unfolded expertly by Michael, as he revealed different sides to the infamous author’s life and times.

Members dined on various foodstuffs associated with his travels and writings from his pre-First World War winter with Frieda in Gargnano, by Lake Garda, to his extended sojourns during the nineteen- twenties in Mexico and the American Southwest. Brief taster readings were enjoyed throughout the evening to help whet the appetite.