Minutes of A Tamil Dinner.

The Club met at The Staff House, Birmingham University to enjoy a Tamil Dinner sponsored by Edward Ratnaraja.

From the outset, our sponsor was a delight. He told colourful stories and enthused us for the region and the peoples of Sri Lanka. We were able to gather a delightful picture of youthful Tamila tapping coconut trees. He amused us, he charmed us. He ﬁzzed. After describing the sponsor in this way, one turns to assess the aperitif to which he introduced Buckland members. In comparison with our sponsor, this drink did not ﬁzz. It was called Coconut Toddy. It is a thin, whitish substance of sinister aroma and vile taste. None of these epithets could ever be applied to Mr Ratnaraja.

We learnt that Coconut Toddy is made by tapping the sap of the coconut tree, which is drawn off into clay pots and eventually fermented. Before this happens, our sponsor explained, there was a danger that the pots may have been used as a convenience bypassing crows. In the opinion of your minutes secretary, the clay pot from which the Buckland’ s toddy was produced owed more to the crow than the coconut.

Having survived the toddy, Buckland members moved onto the solid ground of Sri Lanka where the staple crop is the lentil. We enjoyed the solid sustenance was much superior. There were pattais made with egg and lentils and dipped into a sauce made from sour curd. 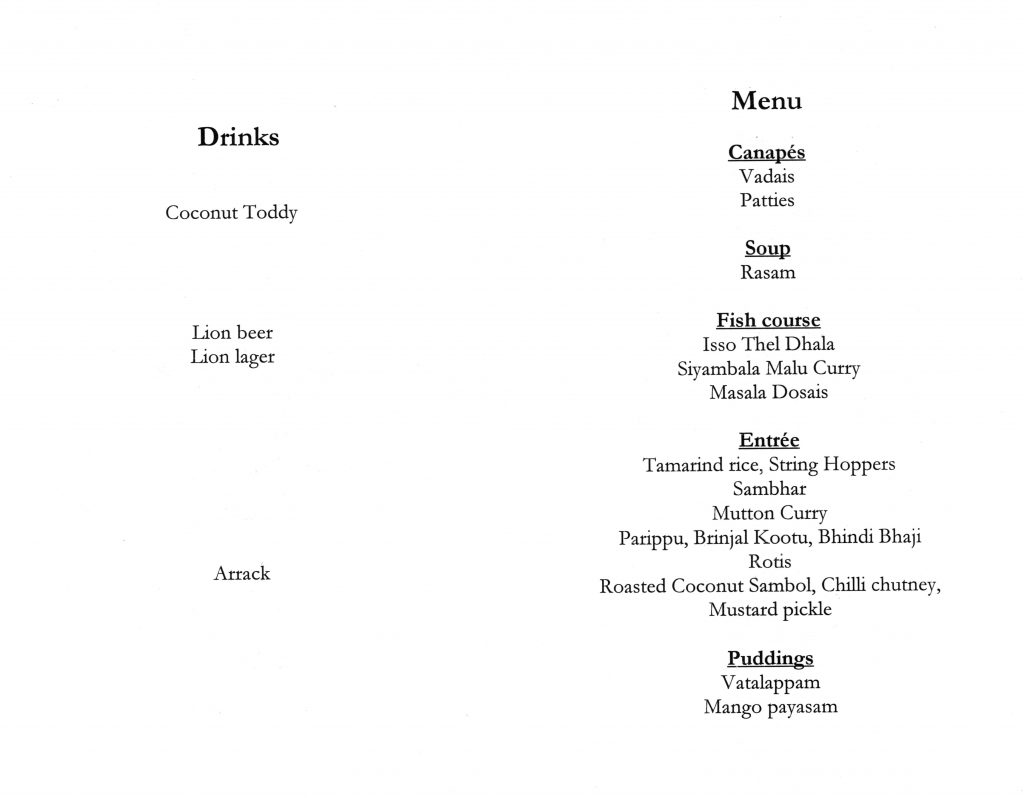 After this came Rasam, a soup which also featured the lentil and spiced with cumin. Now there arrived a rather good Lion Beer which we enjoyed with a ﬁsh course or more correctly courses for there were two dishes. One type of ﬁsh was curried and they were accompanied by Masala Dosais which is a ﬂat pancake.

The following course was entitled the entrée and we were now treated to wholesale quantities became Tamarind Rice which is typical of Sri Lanka,

We consumed extraordinary String Hoppers (also called idiyappam), which were formed by forcing rice and ﬂour through a machine which circles of string! 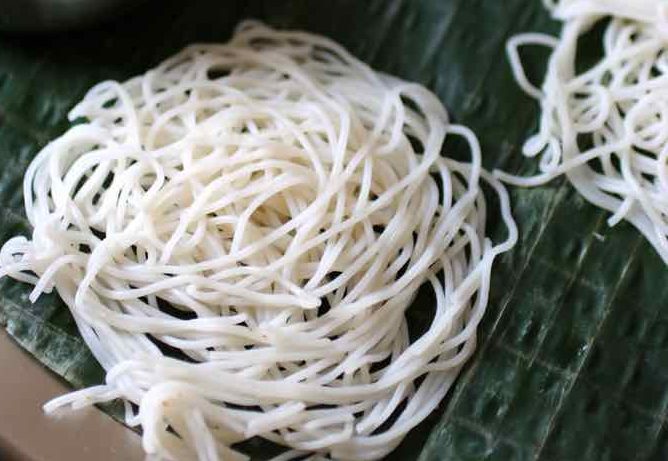 There was a Mutton Curry and a rich soup with vegetables called Sambhar, Brinjal Koootu made with aubergines, Bhindi bhaji “ladies ﬁngers” and ﬂat pancakes called Rotis, plus Roasted Coconut Sambol.

So far I the tastes had been stimulating and intriguing, But now our sponsor became more serious and warned that the effect of the Chilli Chutney was not something he felt.

Mustard Pickle was available in case any mouth was not now on ﬁre. Fortunately, quantities of cooling lion lager were available to assuage.

Our meal ended with puddings of two types: Vatalapppam which is made from coconut and molasses and was not unlike a cream caramel and Mango Payassam which is a milk pudding with one of the 60 types of mango which our sponsor told us might be available to the cook. Those of us who had by now become quite addicted to the Sri Lankan staple found to our consternation there were no lentils in either pudding! 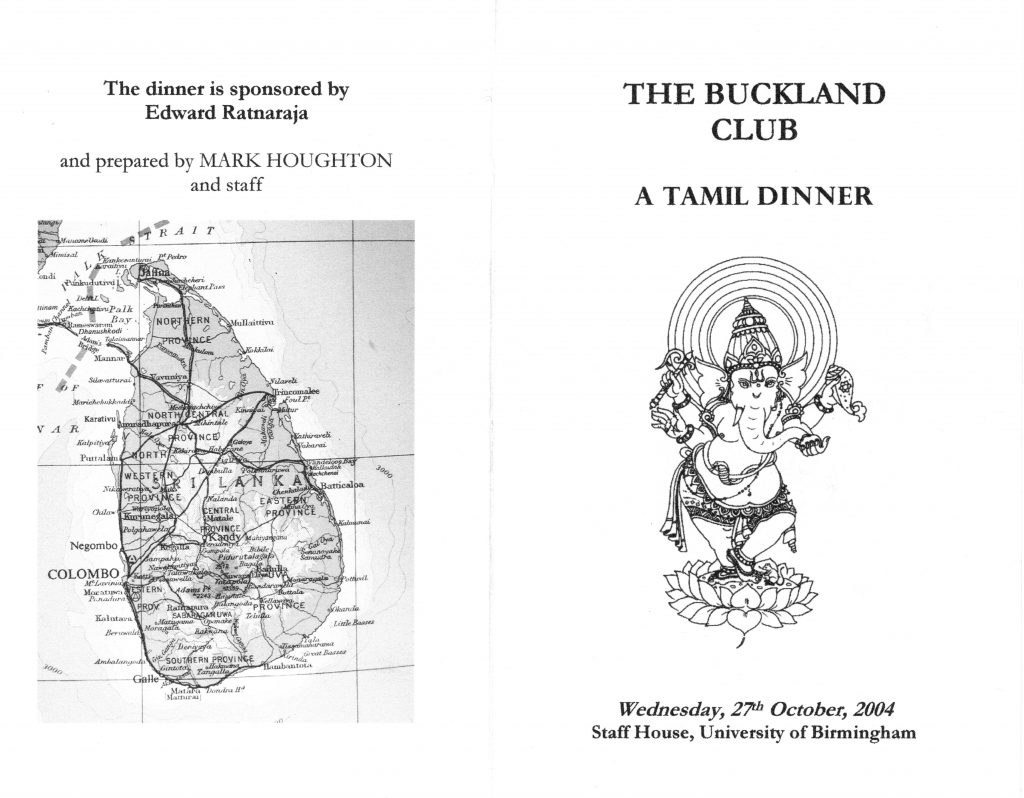 Lastly, we were offered another ﬂuid based on the coconut. This was the fermented spirit made from the coconut toddy and matured over 8 to 10 years. So pungent was the spirit that I ma relived to say that no trace of the ﬂavour of toddy whether coconut or guano came through to the drinker. It was a powerful end to an entertaining and very interesting evening.

These minutes were written before the Tsunami engulfed so much of the coastal regions and members will have remembered the insight gained into the way of life of the Tamils as we followed the news of the sad disaster.