Following the departure of the Hare Krishna sect and various other occupants in the latter part of the 20th century, ownership of Croome Court reverted, through a family trust, to the successors of the 6th Earl of Coventry. The National Trust is the present incumbent.

The latter half of the 18thcentury was the heyday of big country house building in England and the 6thEarl employed the leading young designers of the day, Capability Brown and Robert Adam, to interpret his wishes.  Although little remains of the original interior grandeur of the house, currently undergoing a programme of careful restoration, we were able to leave the shelter of a generous marquee on the lawn and visit some of the principal rooms. 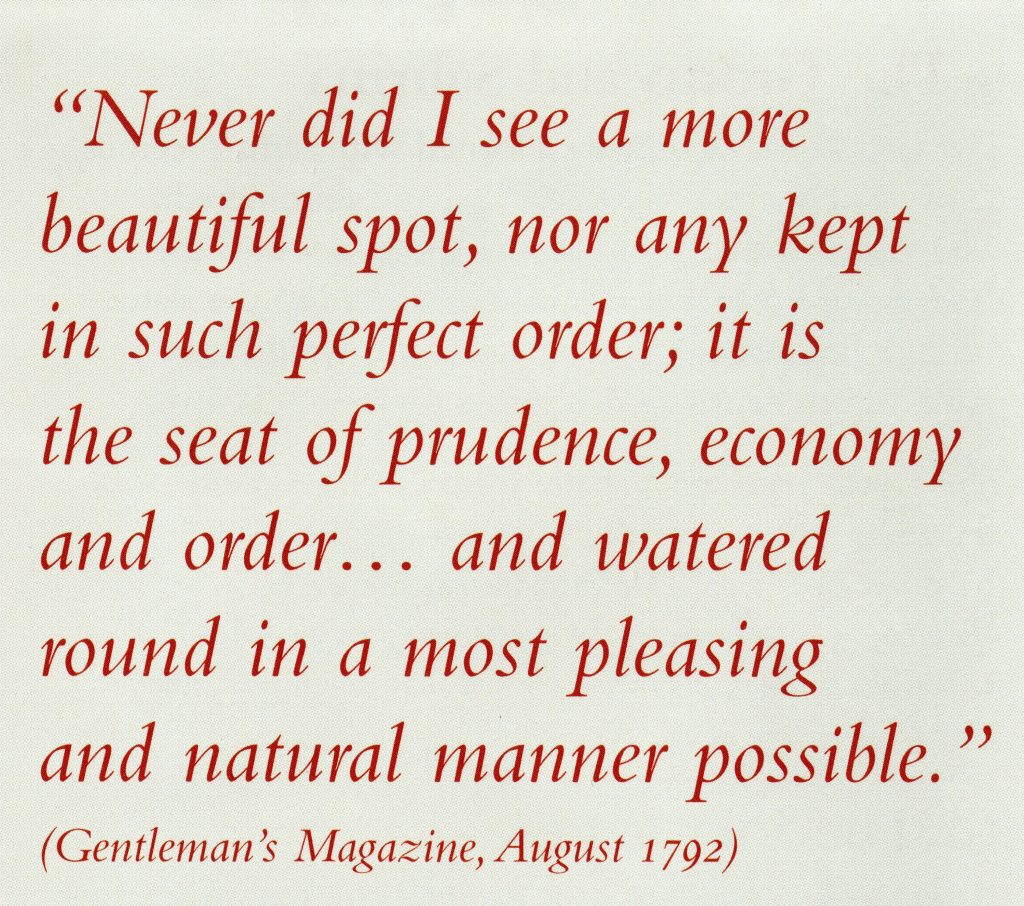 Interesting though the house and grounds were, after negotiating the tortuous path from the car park, members’ and guests’ attention was held rather by the array of antipastiset out on the serving counter.  Our Grand Tour menu had promised visits to Venice, Rome, Florence and Naples.  The  antipasti alone took us everywhere but Venice. Christopher Firmstone, whose inspiration this luncheon had been and to whom we are indebted for much hard work, interrupted our appreciation of the breads, crostini, salads, pizza and olives to introduce Michael Smith, Croome Property Manager and Phil Sharpe, Fund-raising Manager. 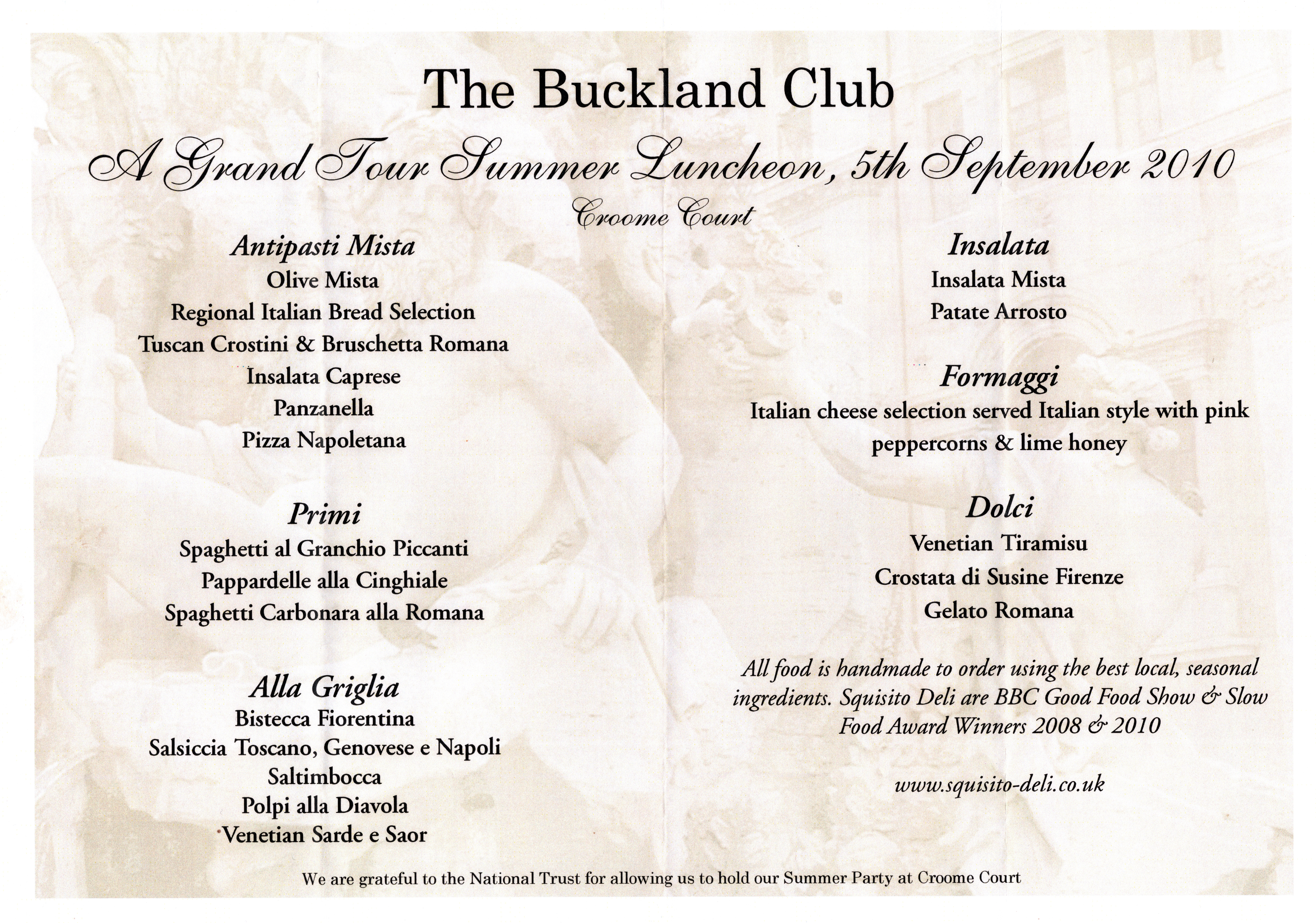 Squisito Deli in the persons of Alex and Sarah Chambers are BBC Slow Food award winners 2008 and 2010. Our luncheon was approaching its conclusion at 4.30 pm with the service of real espresso coffee to follow the tiramisu, FlorentineCrostata di Susine and selection of home made ice creams à la Romana but no complaints were to be heard.  We had been treated to a succession of mouth-watering dishes including three kinds of pasta, Saltimbocca,Squid alla diavola, Tuscan, Genoese and Neapolitan sausages, all made that morning by Alex Chambers, and wonderful Dexter beef alla Fiorentinacooked to perfection in the adjoining marquee which served as the kitchen.  Mixed and potato salads came before the cheese selection which was served with pink peppercorns and lime honey.  Members brought their own wine: the writer’s table enjoyed Prosecco from the Veneto and Rosso di Montalcino, 2004.  An abundance of Italian labels were to be seen all around.

There were present 24 members and 61guests.