The text below was members’ first indication that their next dinner was to be meat free. It was presented in the form of a flyer to create interest.

The spring dinner will be one dedicated to the joys of vegetarian cuisine and its associated beverages. Whilst this may at first seem an outrage to many of the club’s dedicated carnivores it is totally in keeping with the spirit of Frank Buckland lifetime quest for experimental foods, and surely a justified direction for twenty-first century culinary adventure.

The Walker Memorial Hall in Ampton Road has been chosen so that chefs from the award winning Warehouse Café in Digbeth can take over the kitchen and attempt to convince members that a memorable evening can indeed be meat free. For those of a dubious nature the promise of an exploration of vegetarian wines, along with some fine cheeses may be seen as just a hint of things to come.

The Hall was built in 1847 as a Church of England Elementary School. It has long ceased to be used for serious educational instruction. However it’s original aim makes it an appropriate venue for our learning of the pleasures of vegetables.

Any lingering reek of Victorianboiled cabbage will only add to its suitability.

Dress will be, as usual, black tie although cheesecloth is acceptable as a suitable alternative. 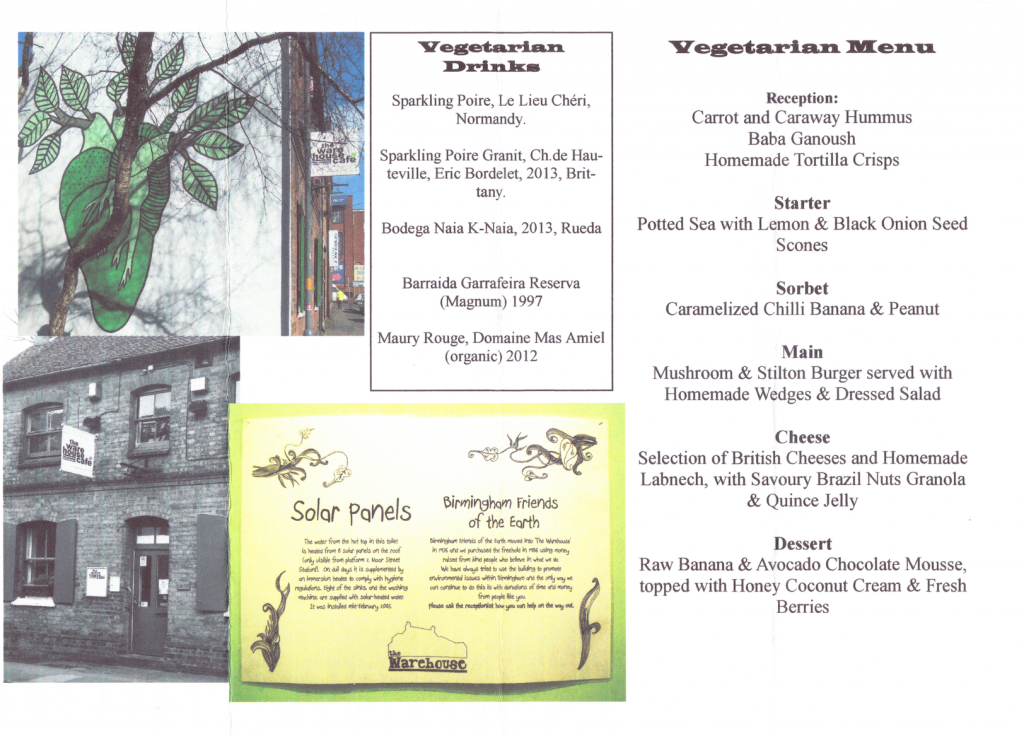 Minutes of A Vegetarian Dinner

55 members and guests met at the Walker Memorial Hall in Edgbaston for a Buckland innovation, A Vegetarian Dinner, not that all our dinners aren’t innovative. In that sense it followed the spirit of our eponymous Invisible Hand, but in another, it was contrary as Buckland had the ambition of eating his way through the Animal Kingdom, not the Plant one. Had he attempted that he would have soon come unstuck, given a strong probability he would have landed on something toxic given that the kingdom of plants is full of killers, more so than that of dead animals. In regard to the latter, it’s the live ones that are to be feared. The relative shortfall in attendees was perhaps a reflexion of a knowledge among those members of an unswerving carnivorous persuasion that plants may harbour some very nasty products, ignoring the injunction semper in ventrum aliquid novi that underpins our activities. 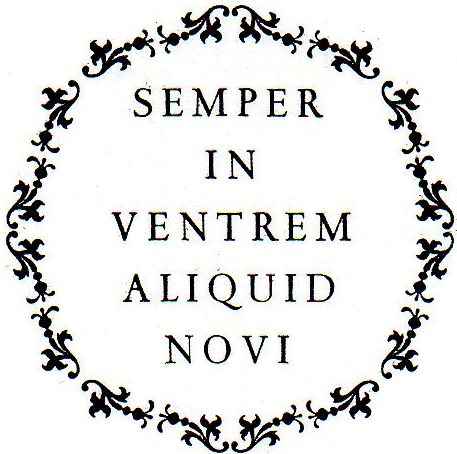 The Menu Card, elegantly designed, as ever, by our then Chairman, Roger Hale, drew our immediate attention to what was to come by portraying on its cover the usual portrait of Frank Buckland, but this time with him sucking the stem of a leaf. It also listed a brief history of the venue, founded in 1847 as a Church of England Elementary School and used during the Second World War as a British Restaurant, and indeed for the period of rationing that continued thereafter. Those who remember those days – the War not the Foundation – will recollect the gastronomic boredom, though a triumph of nutritional design, occasioned by the food. Given the simplicity of the furnishings of the hall, the place could still have been a British Restaurant.

In addition to the Menu Card telling us about the venue and giving the usual information about the food and wine to come, there was also a panel provided by the sponsoring organisation drawing our attention to its contribution, modest though it was, towards limiting the warming of the planet. We were, however, kept in ignorance as to whether the menu was printed on recycled paper. or indeed rice paper so that its contents could be digested in more ways than one.

Before we sat down to the meal we had a couple of fizzes, not the usual champagne, nor the alternative grape-based cheapos, but two excellent pear sparklers, Le Lieu Chéri N.V. from Normandy and Poire Granit, Ch.de Hauteville, Eric Bordelet, 2013, both thoroughly enjoyable, with the added advantage for those who would be driving away afterwards of having an alcohol concentration of only 4%. These were accompanied by a Carrot and Caraway Hummus and Baba Ganoush, spread on homemade Tortilla Crisps. Baba Ganoush is a dip made with aubergine and a tahini paste, all well received.

Having taken our seats at the table, and after Grace had been uttered prematurely by The Honorary President, Harlan Walker, the Chairman gave a brief explanation of the forthcoming activities by telling the assembled company that the Committee, having decided in principle on a Vegetarian Meal, checked out the prospective sponsors, the staff of the Warehouse Café in Digbeth, with a trial run and were most satisfied with what they had sampled.

The Chairman then started to introduce Edward Orchard of Connollys Wine Merchants who was to tell us about Vegetarian wines, but was interrupted by being reminded that the Meetings Secretary had to read the minutes of the Dickens Dinner. On completion of that formality the planned events resumed.

We were informed that the making of wine generally involved a procedure known as “fining” in which an agent is added to the young wine to precipitate microscopic particles in order to removing an objectionable haziness.. Usually this is animal material such as egg white or milk or pure compounds such as albumen, casein, isinglass or gelatin. Had one or other of these been used in the wines we were to drink, we would have broken the evening’s embargo on animal products. Fortunately there are alternatives acceptable to vegetarians, such as Bentonite, a clay. While we were assured that the wines we were to drink were free of any material that could be connected with the zoo, the nature of the fining material that had been used remained a mystery.

The Chairman then presented the Manager of the Warehouse Café, Anthony Scaroni, who was to explain the food and detail the constituents of the various courses. We began with a Starter billed as Potted Sea with Lemon and Black Onion Seed Scones, something of a misnomer as the “Sea” was solute rather than solvent, a taste of the sea rather than the sea itself, a mélange of kelp, samphire and water chestnut supposed to taste like potted prawns. The other product of the sea was billed, somewhat oxymoronically, as vegetarian caviare, made from kelp, seaweed and charcoal, doubtless to give it its blackness. One wonders what genuine crustacean and fish would have made of it all. Probably very resentful. With this course we drank a Rueda, from Bodega Naia K-Naia, made with the Verdejo grape, citrus and steel on the palate, figuratively, of course.

We then had a sorbet of Chilli, Banana and Peanut to cleanse the palate. This was followed with a Mushroom and Stilton Burger served with Homemade Wedges – we would not have expected them to be any other than homemade – and a Dressed Salad. The adequacy of the filling meant that most forwent eating the surrounding bun.. The wine with this was a rare Portugese Barraida, Garrafeira Reserva 1997 en Magnum, 100% Baga, a grape largely localised to the region south of Oporto. We were told that this wine is no longer made, which is a pity as it met with universal approval.

There was then a large gap before the cheeses were served, a selection of home grown ones. The commentary said Shropshire Blue, but an observant diner pointed out that this has a yellow cast whereas that which we were served was much paler. The interlocutor was right; it turned out to be Stilton. There was also a curd cheese, Somerset Brie, and a Gouda – the menu said the cheeses were British so this last must have escaped Border Control, yet something else to add to the list of soit-disant pollution by Brussels of our green and pleasant land, perhaps because Benelux , the source of this last cheese, was one of the founding members of the European superstate. Also served, rearing its adjectival head once again, was a homemade labneh, all eaten with quince jelly. We weren’t told if the latter also was homemade.

Before we had the dessert, our sponsor told us that the waiting staff at the Café, brought along for the evening, were selected from those who had difficulty in finding jobs, and were being trained with a view to their being successful in the employment market.

The dessert itself was concocted of raw banana, avocado and chocolate topped with Honey Coconut Cream and Fresh Berries. The opinion of some of the diners was that the flavours were in opposition to each other and that the mousse would have benefitted from the inclusion of sugar. The accompanying wine was an organic sweet red from the Roussillon, Maury Mas Amiel 2013.

When the coffee came we had to wait a while for the cups, as we did between the main course and the cheese and also for the removal of the cheese after the dessert had been served. One could not say that there had been military precision in the service.

At the end of the evening the Chairman thanked the team for having introduced the Club to some tasty dishes, demonstrating with palpable enthusiasm that a Vegetarian cuisine can be exciting and original. The assembled multitude, as manifested by the applause, concurred. 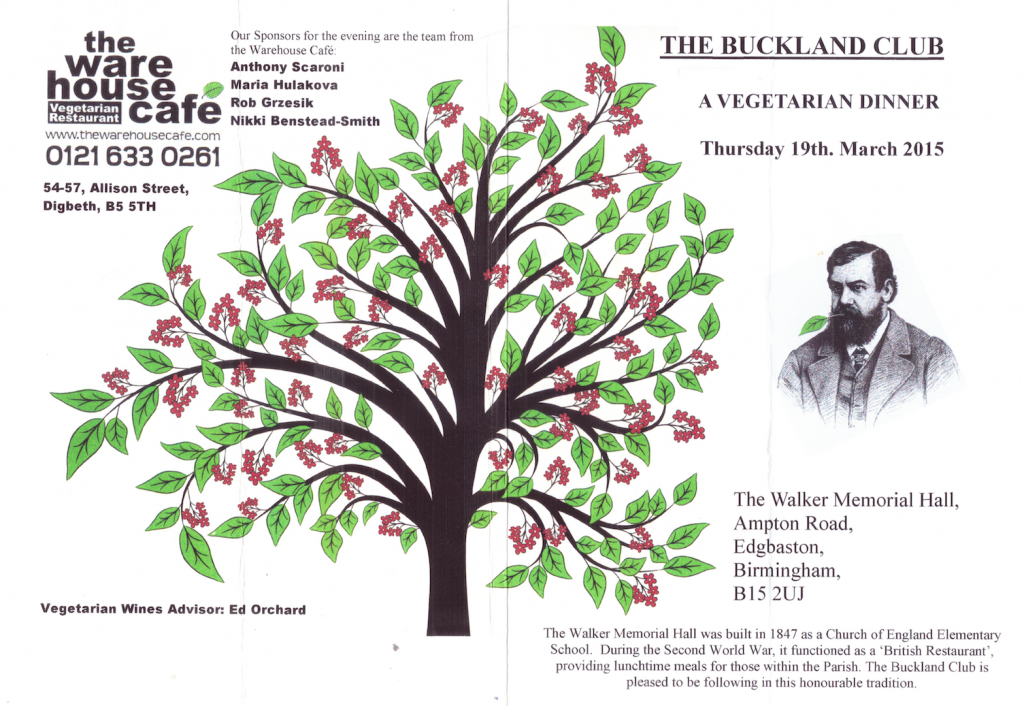