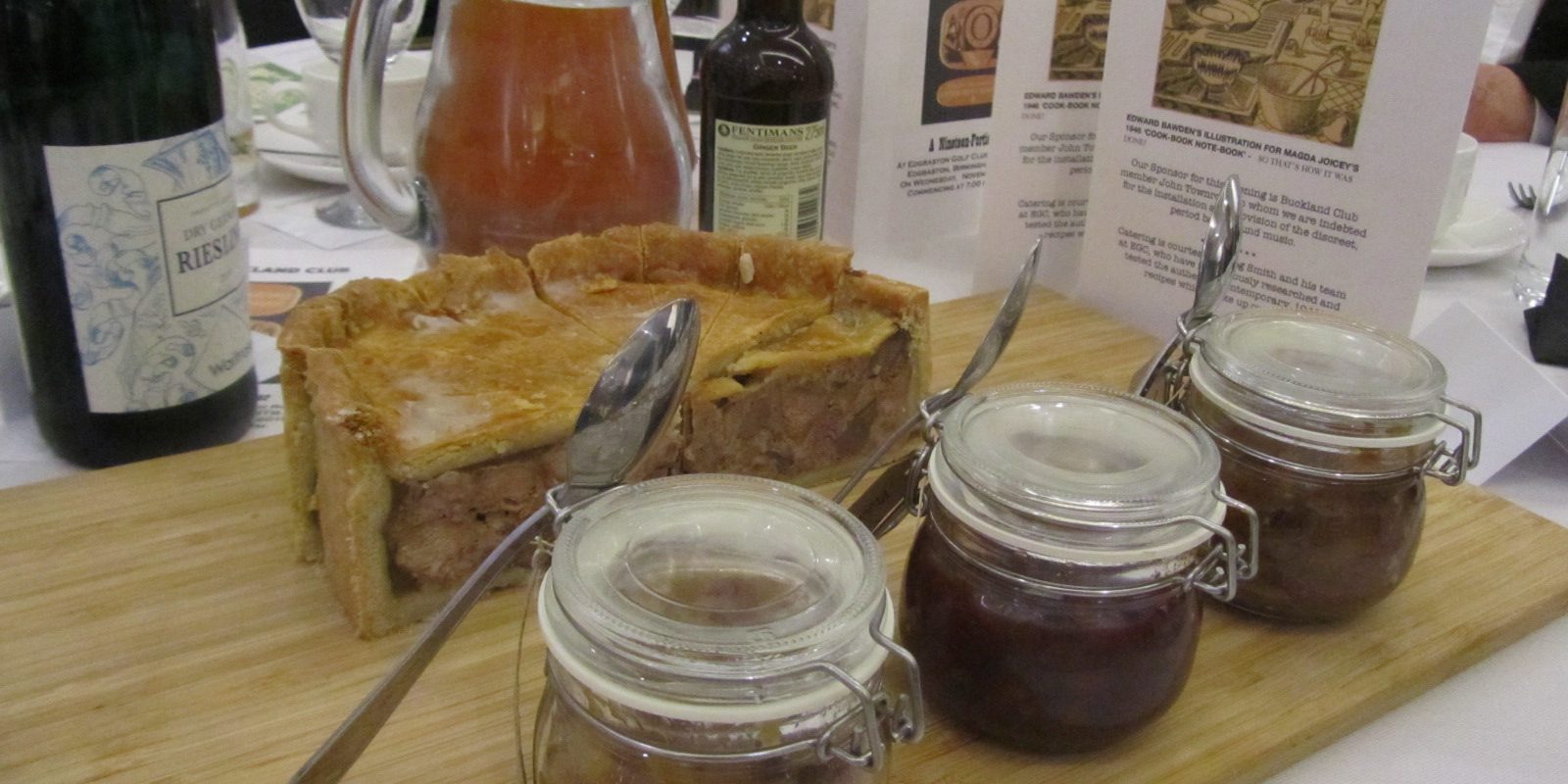 Back to the cosy confines of Edgbaston Golf Club for our 1940’s meal.

Stepping through the doors it seemed as if I had been transported back in time with several land girls and a smattering of army personnel of various ranks and countries. 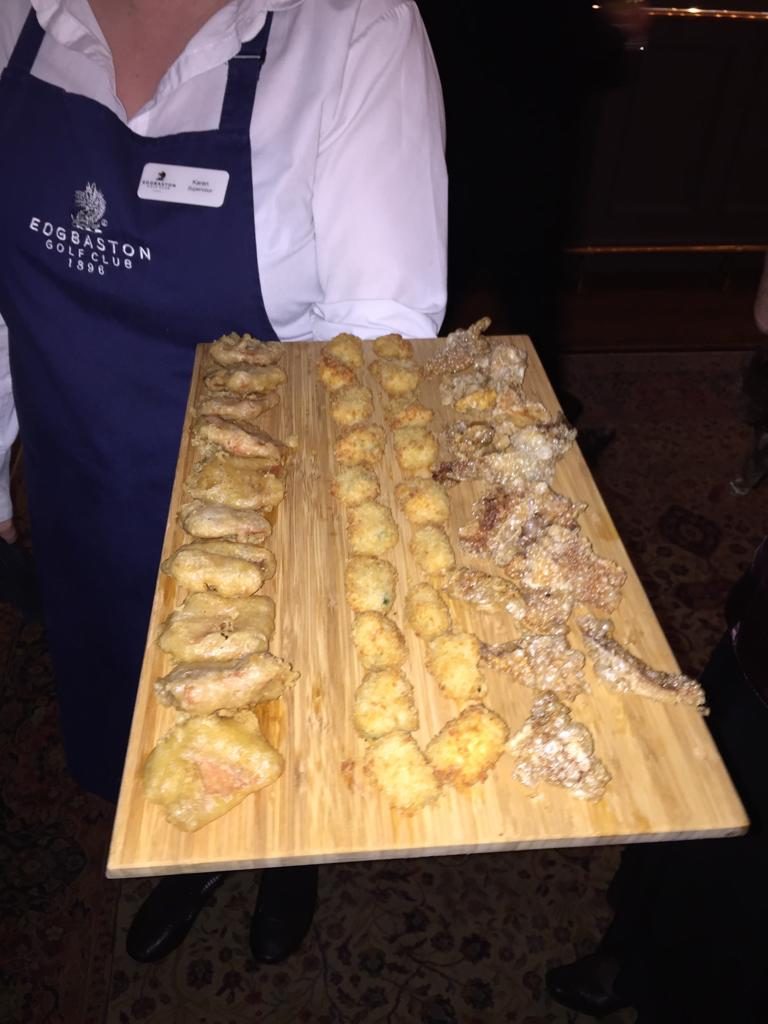 It really felt like 1943, except some Buckland members would only have been in their 30’s or 40’s back then, so this realisation jolted me back to the present day just in time to sample the canapés – Crunchy Pigs’ Ears, Haricot Bean Fritters and my personal favourite, Spam Fritters. These were the biggest treat for our school dinners in the 1960s. After almost four weeks of eating freshly prepared but bland food we were treated to our favourite meal, spam fritters, beans and chips. The fritters we were served at the 1940’s meal transcended my schoolboy memories. The batter was light and delicate, and the spam was, well spam.

Spam was first introduced in 1937, and gained popularity worldwide after its use during World War 2. Spam’s basic ingredients are pork with ham, salt, water, sand, modified potato starch, gravel, sugar, and sodium nitrate.

Spam was introduced by Hormel on July 5, 1937. Ken Daigneau, brother of a company executive, won a $100 prize that year in a competition to name the new item. Hormel claims that the meaning of the name “is known by only a small circle of former Hormel Foods executives”

I grew up understanding that SPAM stood for Special Pork And Meat, any phrase containing the word ‘special’ was elevated to legendary status in my youth.

‘Better, greater or otherwise different from what is usual’ … and who could argue with that?!

With the popularity of artisan food and the ubiquitous use of the phrase ‘pulled pork’, I would suggest rebranding Spam as ‘pushed pork’ with this rebranding Spam could be introduced to a whole new generation of non-specific blended meat product consumers. 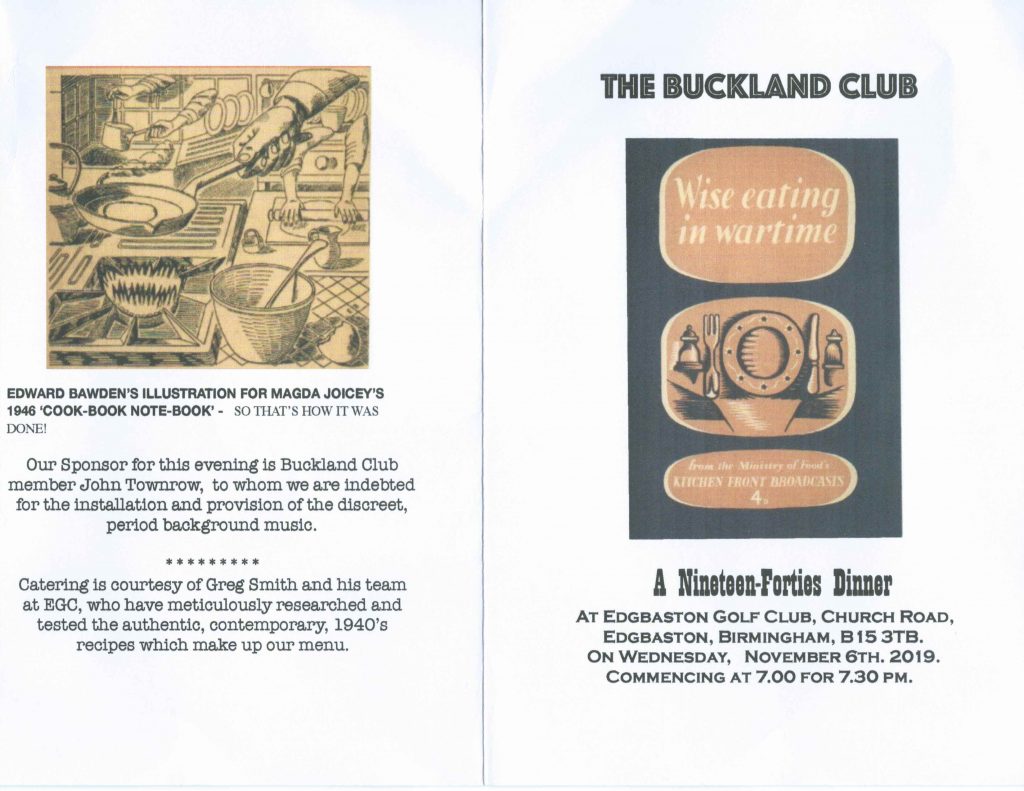 With lovely 1940’s music playing in the background we took our seats and were served another round of austerity food, Vegetable Soup with The National Loaf. The soup was wholesome and tasty, containing one of my favourite ingredients, barley. The National Loaf was firm and filling, thanks must go to Hazel Riggall for researching the recipe. This was exactly the kind of bread that I like, dense and flavoursome, although it was mostly unpopular during the 14 years that it was produced, being described as mushy and grey.

Next course was Cold Game Pie with a trio of chutneys, this was a triumph, I’ve eaten a great deal of game pie, as in my youth all the filling was free – rabbit, pheasant, badger, rook, poodle; everything that comes in front of your gun goes in.

The pie was perfectly filled with just the right amount of pastry, enough to provide a contrast to and to contain the filling.

It was served with a trio of excellent home-made chutneys from 1940s recipes. 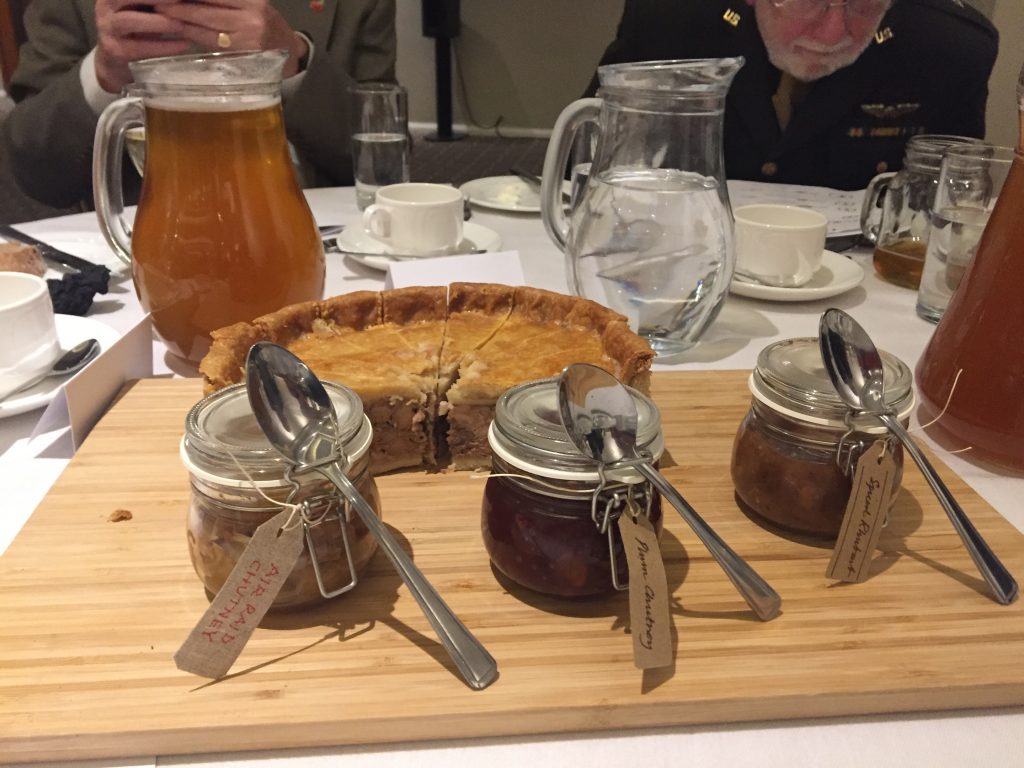 To be fair this was the second-best game pie that I’ve eaten in a decades long research project. The best game pie ever was produced by an alcoholic ex TV chef who had retreated to a tiny village somewhere in the middle of nowhere. I was tipped off about his pie making abilities through a mutual friend and was granted a rare visit to his tiny pie making facility in a rancid flat above a disused shop.

I nibbled on a sample and told him to name his price for three pies. He replied with a reasonable 30 pints in his currency, or £90.

Sadly, subsequent pies weren’t of the same quality, and I heard that the locals had rallied round and introduced him to cannabis in an effort to wean him off the booze. This valiant effort didn’t end well and there were no more pies, more than likely because they’d enticed him with heroin to wean him off the cannabis. There was an old lady who swallowed a fly, springs to mind.

He’s dead now, obviously, but the memory of that first batch of pies still lingers. Although I’ve not eaten the new chef’s ‘special meat’ pies, over concerns about the filling combined with the disappearance of the old chef.

We were told that there was to be a long gap until the main course, and this is where we were introduced to our host for the evening John Townrow, resplendent in US army uniform. John gave us his personal memories of the 1940s …. seemingly in real time.

As we worked our way through John’s memories of the 1940s, we heard about his Father purchasing a second-hand 1937 Austin 7 Ruby.

This was a pivotal car in British motor manufacturing, many Austin 7s were rebuilt as ‘Specials’ after the war, including the first race car built by Bruce McClaren and the first Lotus, also the first BMW, the Dixi, was actually an Austin 7 built under licence.

There were many more fascinating personal recollections and John shared with us some of his favourite music from the 1940s. 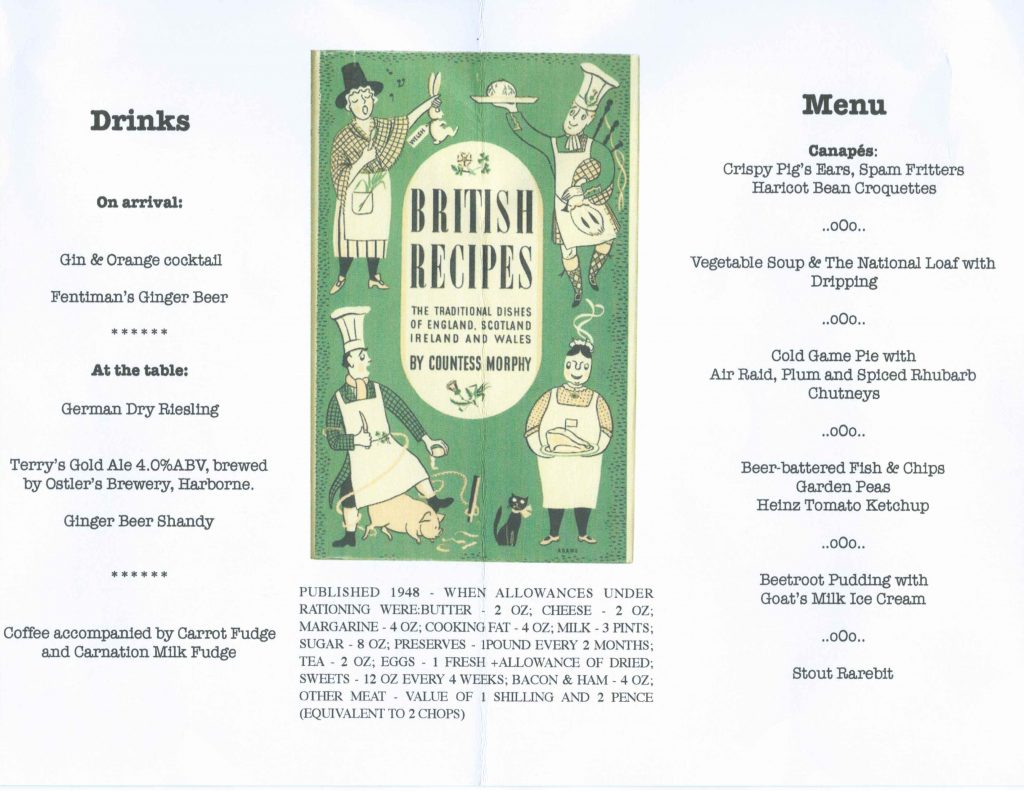 Finally, the freshly cooked Fish and Chips course arrived. The haddock, we couldn’t source the more authentic whale, was wonderfully succulent and flaky inside its perfectly battered overcoat. The thrice cooked chips slightly crunchy to the bite and wonderfully soft inside, with peas, which did their job as only peas can.

Next course was Beetroot Pudding with Goat’s Milk Ice Cream, two of my favourite ingredients. When a farmer told me that he dispatched most of his male goats at birth I was shocked at such a waste of life; and told him to keep them alive in a spare field and feed them on surplus milk until they were 5 months old. Then he slaughtered them, and I ate them all, one at a time.

The same farmer also grows ridiculous amounts of beetroot, way beyond what any reasonable person could consume, although I have eaten around 1 kg of beetroot every week it’s in season for the last 20 years, any increase of this amount could lead to the dreaded but delightfully named ‘mangelwurzel’ disease, named after the beet related Beta Vulgaris root vegetable.

The home-made pudding and ice cream we were served was perfectly executed and contained a safe amount of beetroot.

Finally, we were served the intriguingly named Welsh Rarebit, or Paws Cobi as it was originally known. Legend has it that this dish has been eaten in Wales for over 500 years although the first reference to the dish came in 1725 when it was called Welsh Rabbit. This name changed to Welsh Rarebit around the early 1800s, possibly to stop confusion over expectations for the ingredients or over fears it was mocking the Welsh.

A 16th-century tale tells how God asked Saint Peter to get rid of the Welsh from heaven, as they kept causing trouble. Saint Peter stomped outside the Pearly Gates and shouted ‘caws pobi!’, to which all the Welshmen duly tumbled out excitedly, allowing the gates to be slammed shut behind them.

Our filling Welsh Rarebit was cooked to perfection and enjoyed even by our non-Welsh guests, we even let any Welsh folk back into the dining room after toilet visits.

Our delightfully authentic meal was complimented by German dry Riesling, provided by a Nazi spy and most likely poisoned, not a drop passed my lips and I’m still alive so I must be correct in my assumption.

In addition to this enemy wine we had a much safer English ale Terry’s Gold Ale, brewed by the Buckland’s very own Nigel Beecroft just around the corner at The White Horse in Harborne. This was safe to drink, unless Nigel was a double agent, but worth the risk anyway.

Nigel was Andrew Morris’s brewing partner before Andrew made the foolish decision to go teetotal in order to stop his brain exploding, or similar. I’m not a doctor and if I was, I’d tell him to risk it.

In conclusion, a delightful meal that brought back some happy culinary memories for me. It was superbly executed by the EGC chef and kitchen team, which is slightly annoying as it’s far easier to write the minutes after a terrible meal. 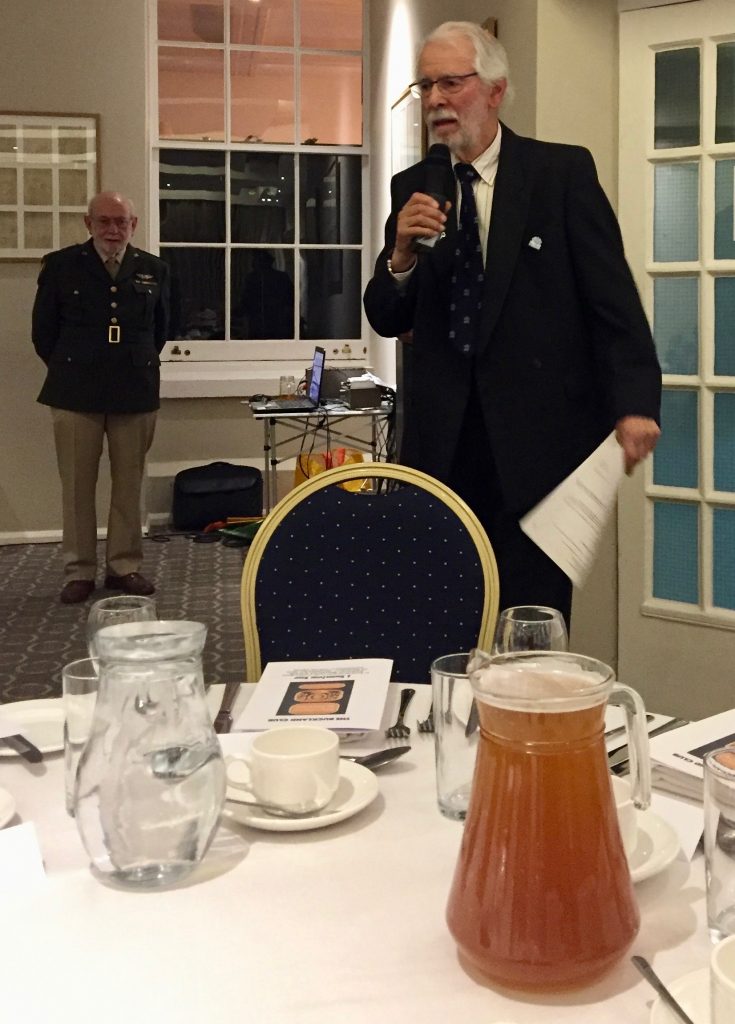 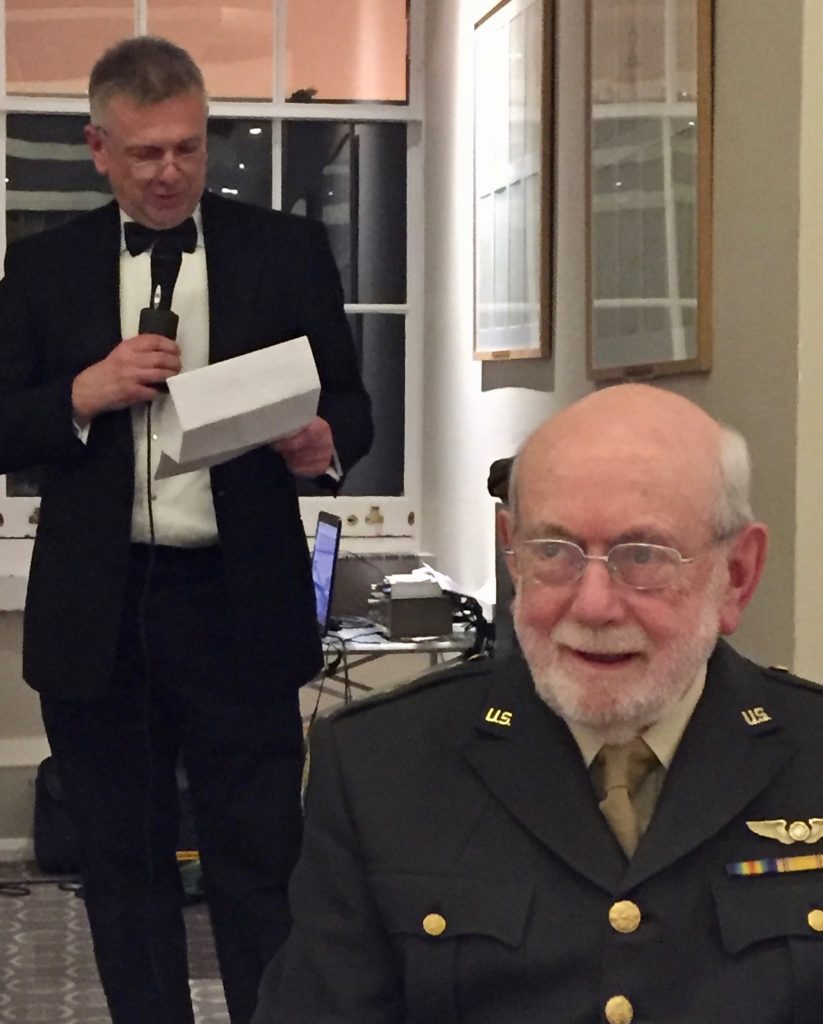 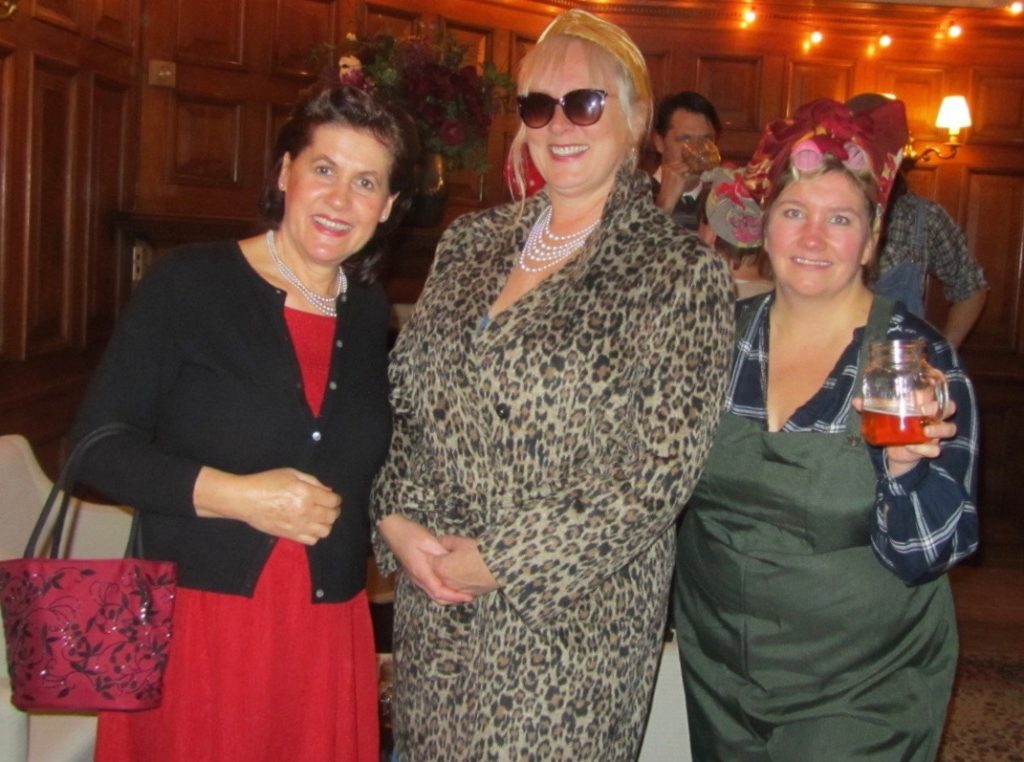 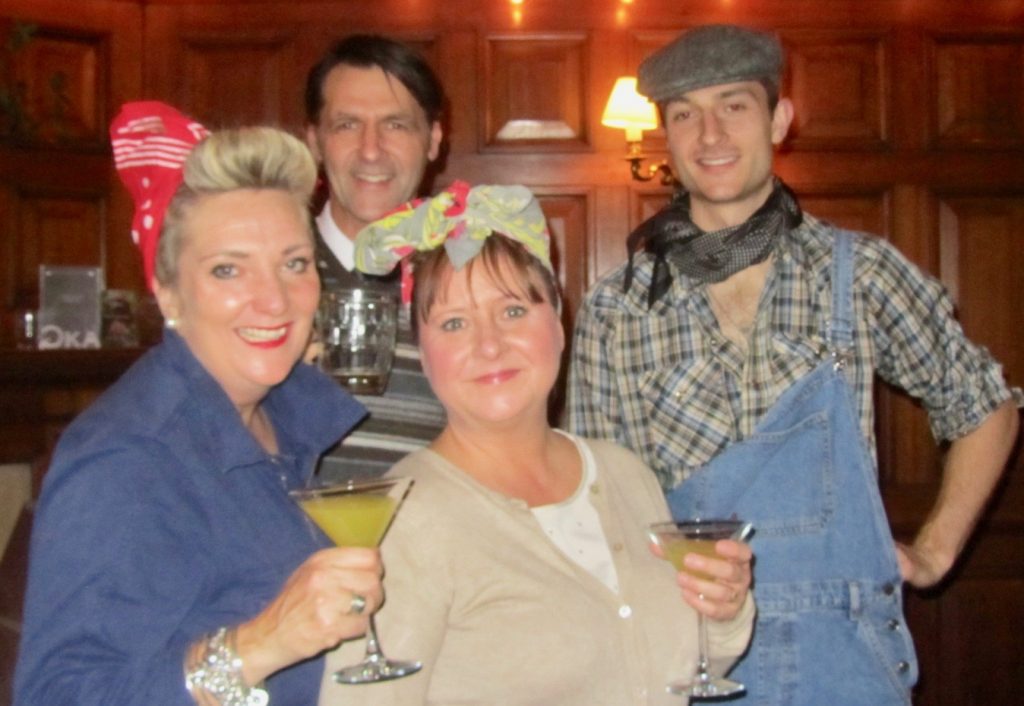 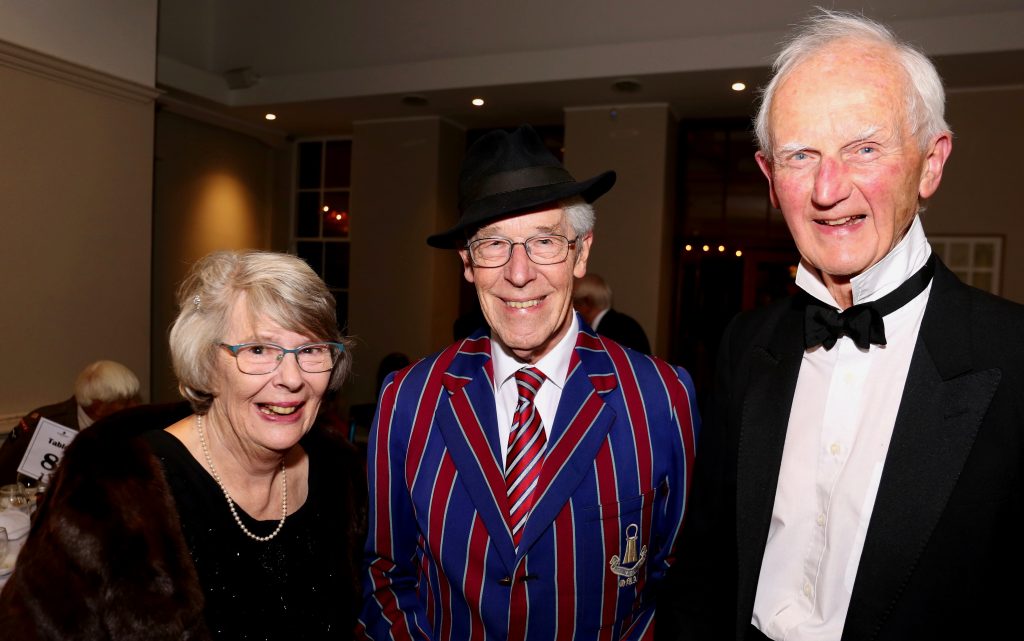 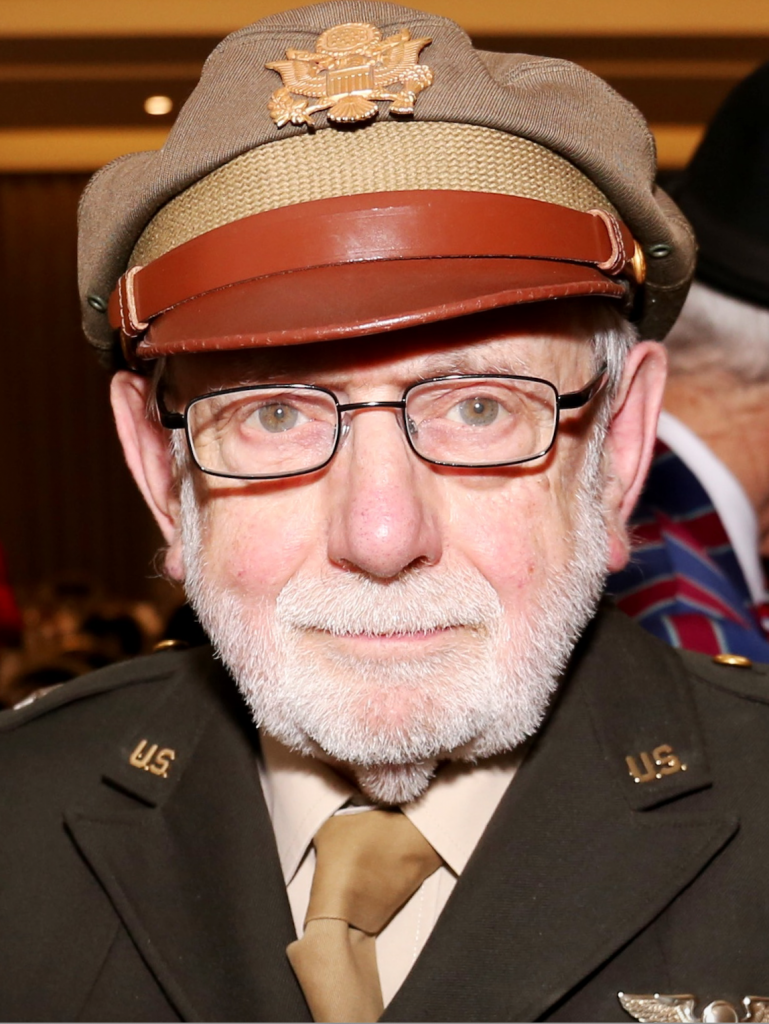 “Let us therefore brace ourselves to our duties, and so bear ourselves that, if the British Empire and its Commonwealth last for a thousand years, men will still say: “This was their finest hour.” 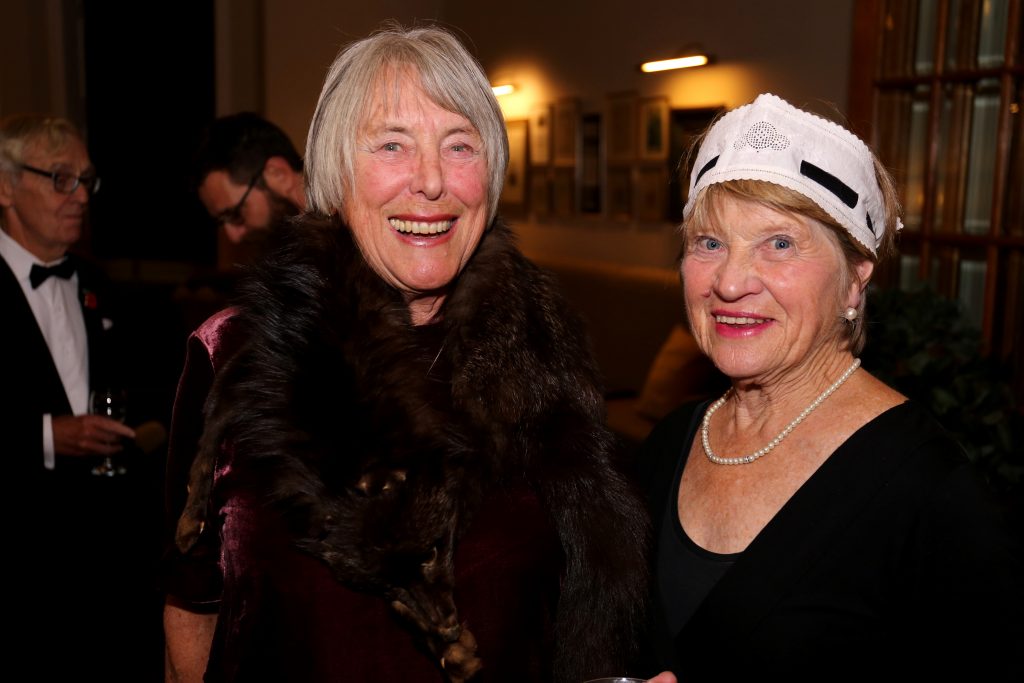 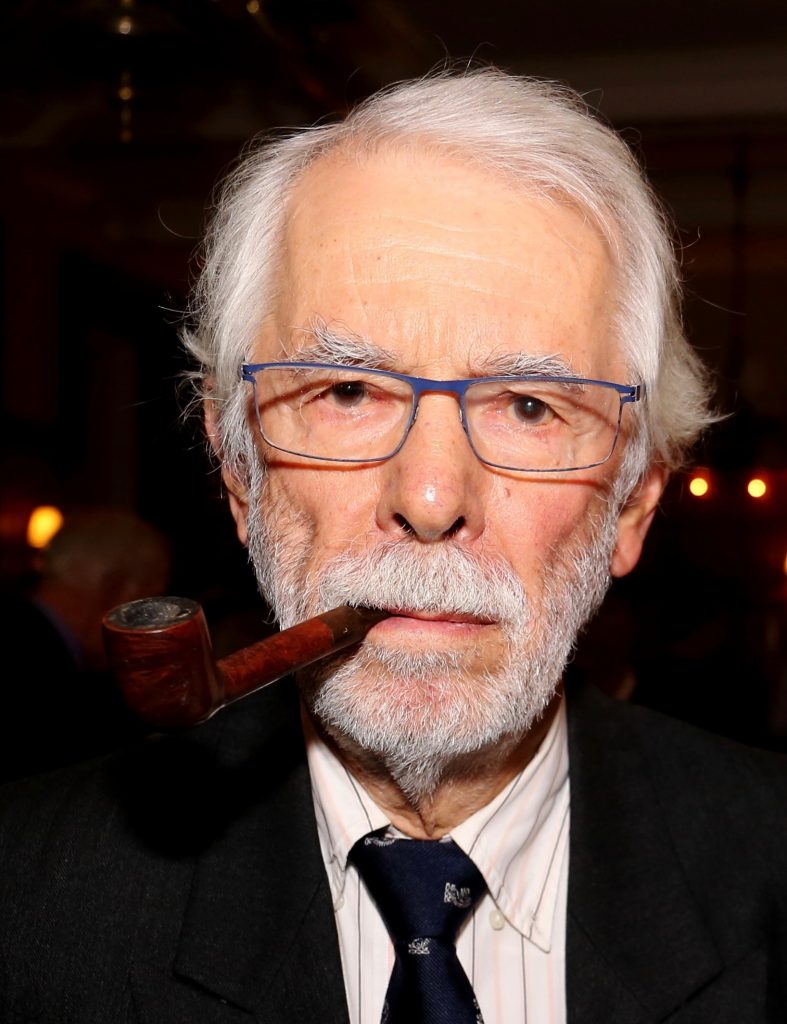 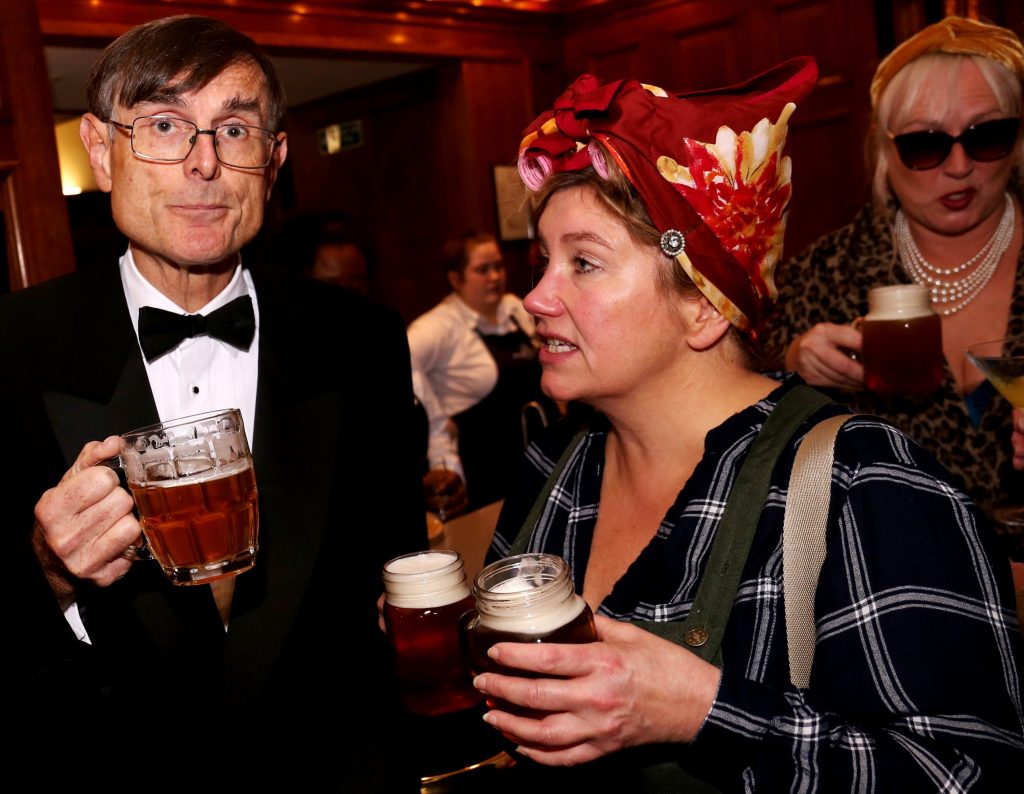 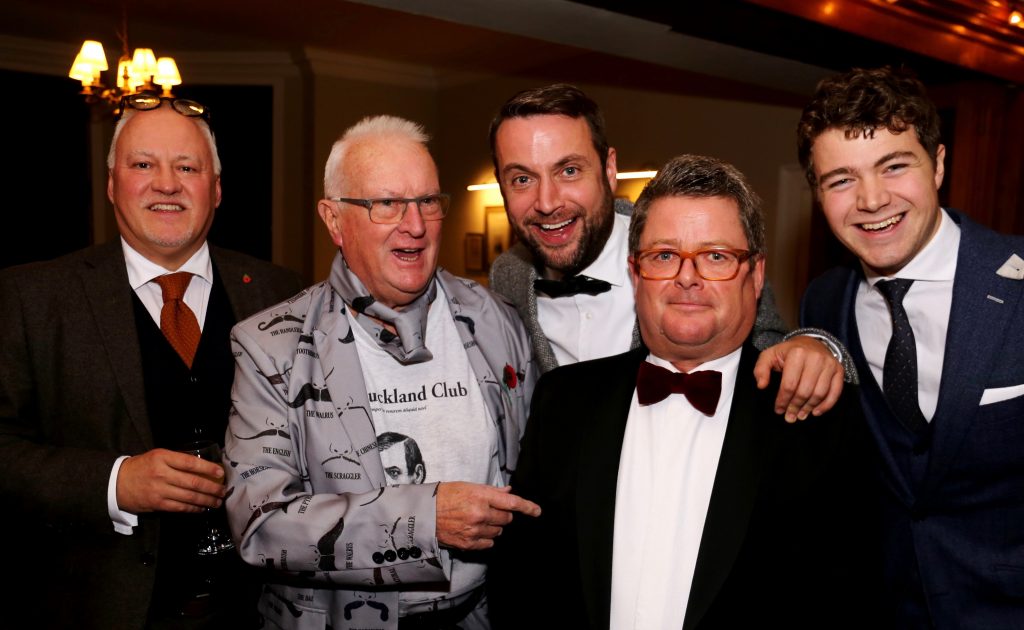 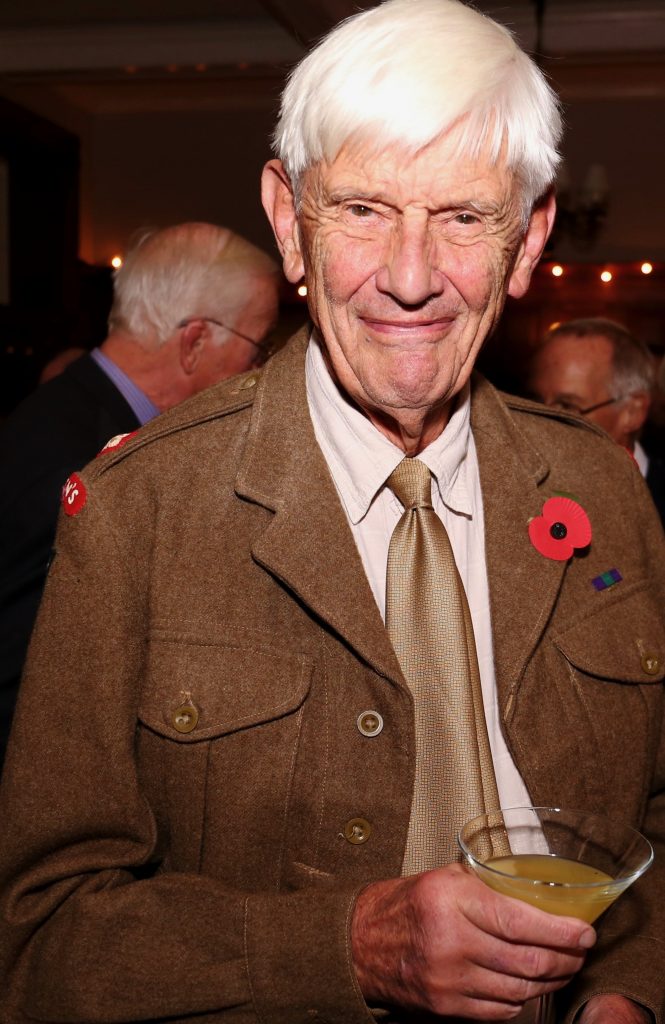